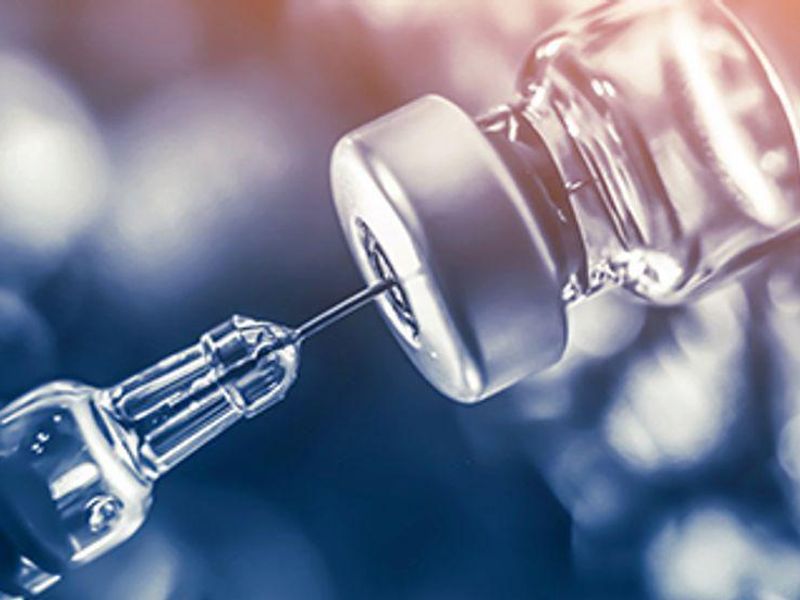 As he urged Americans who are still hesitant to get vaccinated, President Joe Biden told an Ohio town hall on Wednesday night that he expected the U.S. Food and Drug Administration would soon give final approval to COVID-19 vaccines.

At the moment, all three vaccines being used in this country have only emergency use approval. But many medical professionals have pushed for the final approval, saying it could help ease people's concerns and boost vaccination rates.

"My expectation talking to the group of scientists we put together, over 20 of them plus others in the field, is that sometime, maybe in the beginning of the school year, at the end of August, beginning of September, October, they'll get a final approval" for the vaccines, Biden said.

The president also said he expected children under the age of 12 would be approved to get it on an emergency basis "soon, I believe."

Biden's assurances came as the spread of the highly contagious Delta variant fuels a rise in coronavirus cases in the United States. Over the past week, an average of roughly 41,300 cases has been reported each day across the country, an increase of 171 percent from two weeks ago, The New York Times reported.

Meanwhile, the number of new deaths reported is up by 42 percent, to an average of 249 a day for the past week. Almost all illnesses and deaths are now occurring in unvaccinated people.

In some states, such as Missouri, Arkansas, Louisiana and Florida, new infections have increased sharply, driving an increase in hospitalizations, the Times reported. Cases are increasing more rapidly in states where vaccination rates are low.

As of Thursday, nearly 49% of all Americans were fully vaccinated, with just over 56 percent having had their first shot, according to data from the U.S. Centers for Disease Control and Prevention.

In Ohio, Biden found himself fielding questions from audience members concerned about low vaccination rates in their communities.

Later, Biden exaggerated the efficacy of the vaccine, even as some vaccinated staffers in the West Wing have recently tested positive for the coronavirus. "You're not going to get COVID if you have these vaccinations," he said.

Johnson & Johnson's single-dose coronavirus vaccine is much less effective against the highly contagious Delta variant than it is against the original virus, new research claims.

"The message that we wanted to give was not that people shouldn't get the J&J vaccine, but we hope that in the future, it will be boosted with either another dose of J&J or a boost with Pfizer or Moderna," study author Nathaniel Landau, a virologist at NYU's Grossman School of Medicine, told the Times.

The troubling news came the same day that Dr. Rochelle Walensky, director of the U.S. Centers for Disease Control and Prevention, told lawmakers that the Delta variant now accounts for 83% of new coronavirus cases in this country.

"This is a dramatic increase, up from 50% for the week of July 3," Walensky said during a Senate committee hearing on Tuesday.

As worrying as the J&J vaccine findings are, they came from experiments on blood samples in a laboratory, and may not reflect the vaccine's performance in the real world, theTimes reported. But mounting evidence is suggesting that the 13 million Americans who have gotten the J&J vaccine may need a second dose.

Experts noted that all of the vaccines seem to work better when given in two doses.

"I have always thought, and often said, that the J&J vaccine is a two-dose vaccine," John Moore, a virologist at Weill Cornell Medicine in New York City, told the Times.

Moore added that several studies in monkeys and people have shown greater efficacy with two doses of the J&J vaccine. He noted the new study was particularly credible because it was published by a team with no ties to any of the vaccine makers.

The latest conclusions do run counter to those from smaller studies published by the company in early July that suggested a single dose of the vaccine works against the variant up to eight months after the shot is administered, the Times reported.

The new study was published online on the preprint server BioRxiv and has not yet been peer-reviewed or published in a medical journal. But it jibes with observations that a single dose of the AstraZeneca vaccine -- which is similar to J&J's shot -- shows only about 33 percent efficacy against symptomatic disease caused by the Delta variant.

In the study, Landau and his colleagues looked at blood samples taken from 17 people who had been immunized with two doses of an mRNA vaccine and 10 people with one dose of the J&J vaccine.

The J&J vaccine started out with a lower efficacy than the mRNA vaccines (Pfizer and Moderna) and showed a bigger drop in efficacy against the Delta variant. "The lower baseline means that what's left to counter Delta is very weak," Moore said. "That is a substantial concern."

While using the J&J shot in a second dose may be enough to counter the variant, there's evidence that using an mRNA vaccine for the second shot, rather than another J&J shot, may work even better. According to the Times, a number of studies have shown that combining one dose of the AstraZeneca vaccine with a dose of the Pfizer or Moderna vaccines raises the immune response more effectively than two doses of AstraZeneca.