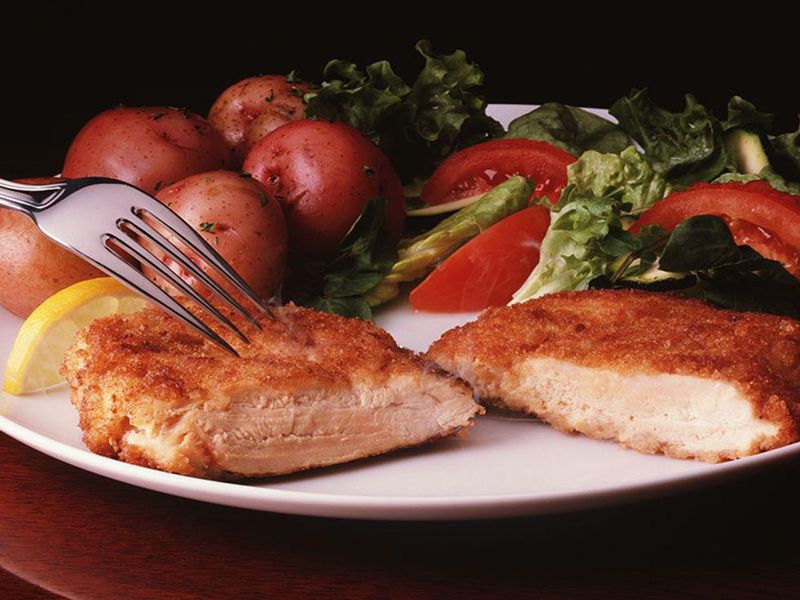 Growing numbers of Americans aren't getting enough iron in their diets most likely due to changes in farming practices and a shift away from red meat, researchers report.

The upshot: Rates of iron-deficiency anemia are on the rise.

"Iron deficiency remains a major public health issue even in a developed country such as the United States," Dr. Ian Griffin and Dr. Marta Rogido wrote in an editorial published along with the new research. They practice at Biomedical Research of New Jersey in Cedar Knolls.

Iron helps make hemoglobin, a component of red blood cells that carries oxygen from the lungs to the rest of the body. Anemia results from a drop in red blood cells. It can cause fatigue, pale skin, dizziness and/or weakness, and can lead to other health problems, including heart failure, if left untreated, according to the U.S. National Heart, Lung, and Blood Institute.

For this study, researchers used three large government databases to track trends in anemia rates; the amount of iron found in U.S. food products; and deaths from iron-deficiency anemia between 1999 and 2018.

During that time, iron intake dropped 6.6% in men and 9.5% in women as levels of the nutrient fell in more than 500 food products assessed, including pork, turkey, fruit, vegetables, corn and beans, the researchers reported.

This was most likely due to changes in farming practices, the study authors said. Previous studies have pointed to a push to increase crop yield per acre and irrigation runoff as among those changes.

"Fortified grains and cereals increase iron intake, but low-carb diets and switching away from fortified cereal has also decreased iron intake," she added.

During the study period, deaths from iron deficiency anemia rose, and more people required treatment for severe anemia, the study found. This risk was highest among women and African Americans.

"[Going forward], agriculture practices could be improved to increase iron in foods, especially through the selection of seeds/lines of higher mineral content," Weaver said.

The findings were published in the July issue of The Journal of Nutrition.

"Iron deficiency anemia has definitely increased in recent years," Shapiro said. Blood tests can diagnose it, she added, and diet changes and supplements are typically ordered to get iron levels up to where they should be.

There are two types of iron: heme and non-heme, she pointed out.

"Heme iron is found in animal products such as red meat and is better absorbed than non-heme iron in plant-based foods like lentils, spinach, kidney beans, nuts, and some dried fruit like raisins," Shapiro explained.

Foods like citrus fruit that are rich in vitamin C can help the body better absorb plant-based iron, she said.

But, Shapiro added, iron can be a double-edged sword: While too little causes anemia, too much can tip the scale toward iron overload, which can be toxic.

To learn more about iron deficiency anemia and its treatment, visit the U.S. National Heart, Lung, and Blood Institute.