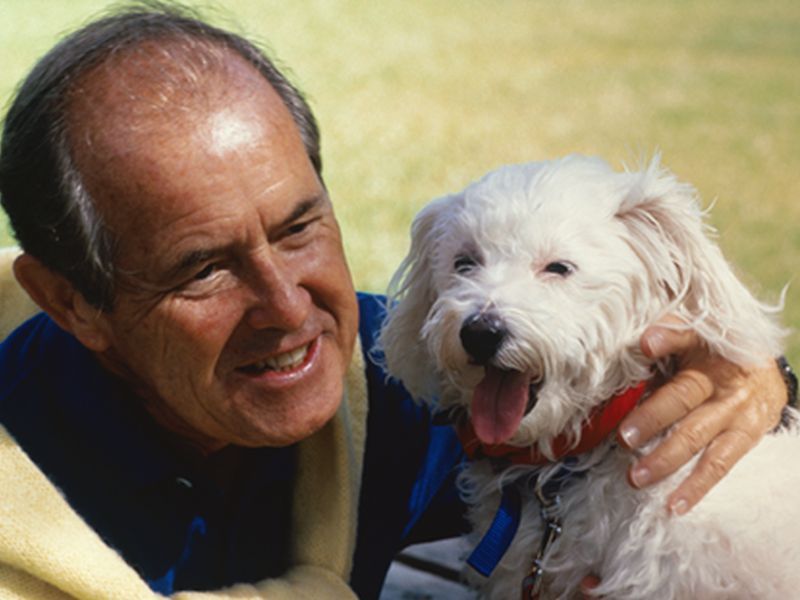 Four-Legged Friends Could Be Friend to Your Brain

Add better brain health to the growing list of protections your beloved pet may provide you: New research suggests that older adults with a furry companion showed slower mental declines than those without one.

"Prior studies have suggested that the human-animal bond may have health benefits like decreasing blood pressure and stress," said study author Dr. Tiffany Braley, from the University of Michigan Medical Center, in Ann Arbor. "Our results suggest pet ownership may also be protective against cognitive [thinking] decline."

Because "stress can negatively affect cognitive function, the potential stress-buffering effects of pet ownership could provide a plausible reason for our findings," Braley said in a news release from the American Academy of Neurology. "A companion animal can also increase physical activity, which could benefit cognitive health."

The study included nearly 1,400 older U.S. adults, average age 65, who had normal thinking and memory skills when they first enrolled.

More than half (53%) were pet owners and 32% had owned pets for five years or more (deemed long-term owners). Most of the participants (88%) were white, 7% were Black, 2% were Hispanic and 3% were from other ethnic/racial groups.

Over six years of follow-up, the participants were given a number of cognitive tests in areas such as math and word recall, to develop a composite cognitive score for each person, ranging from 0 to 27.

Compared to non-pet owners, cognitive scores decreased at a slower rate among pet owners, and especially among long-term pet owners, the investigators found.

After accounting for other factors known to affect mental function, the researchers concluded that by the end of the study, the average cognitive composite score among long-term pet owners was 1.2 points higher than among non-pet owners.

The study authors also noted that the cognitive benefits associated with longer pet ownership were stronger for Black people, college-educated participants and men.

The study findings will be presented at the American Academy of Neurology annual meeting, scheduled to be held April 2 to 7 in Seattle. Research presented at meetings should be considered preliminary until published in a peer-reviewed journal.

Another recent study looked at the physical benefits of owning a dog, and found that being a pet owner lowered your risk of disability as you age.

There's more on brain health at the Alzheimer's Association.