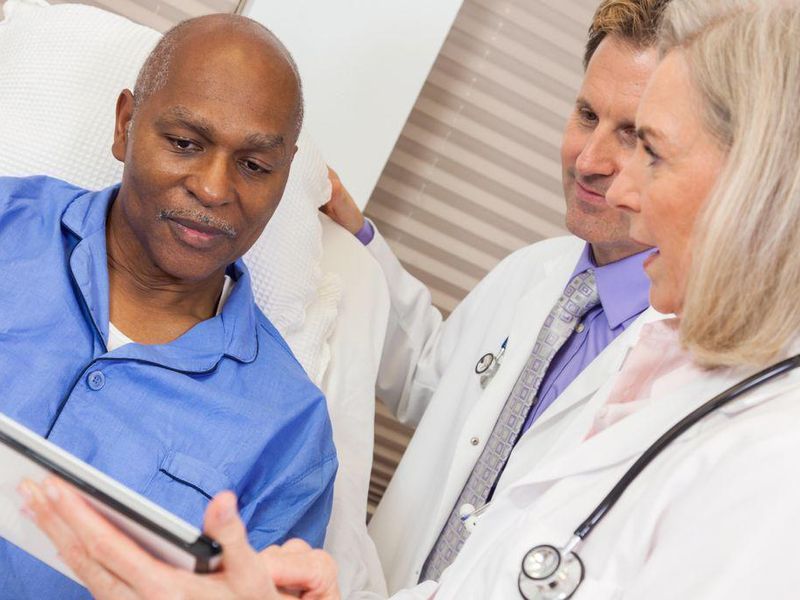 Why Emphysema May Often Be Missed in Black Men

Emphysema is missed more often in Black Americans than in white Americans, and now researchers report they have figured out why.

The investigators found that many Black men who were considered to have normal results after race-specific interpretations of a common lung function test called spirometry actually had emphysema when assessed using computed tomography (CT).

Spirometry measures how much air a person can exhale and inhale. It's standard practice to interpret spirometry results using race-specific norms, resulting in a predicted lower limit of normal for FEV1 and FVC for Black patients, the study authors explained. FEV1 (forced expiratory volume in the first second) is the maximum amount of air a person can exhale in one second and FVC (forced vital capacity) is the maximum amount exhaled after breathing in deeply.

Race-based correction of spirometry has no biological basis and comes from an old mistaken belief that Black people have smaller lungs, the study authors pointed out.

The study showed that nearly 15% of the Black men with above-normal spirometry results based on race-based adjustments were found to have emphysema on CT scans, compared with just under 2% of white men.

"We found that significant racial disparities in emphysema prevalence occur predominantly among those with FEV1 between 80% and 120% of that predicted," said study author Dr. Gabrielle Liu. She is a pulmonary and critical care fellow at Northwestern University's Feinberg School of Medicine in Chicago.

"This suggests that the greatest potential for misclassification using race-specific equations occurs among Black adults who are at risk for disease and who could potentially benefit from risk factor modification," said Liu, who was scheduled to present the findings May 15 at the American Thoracic Society annual meeting in San Francisco. Such findings are considered preliminary until published in a peer-reviewed journal.

"We feel these findings support reconsidering the use of race-specific spirometry reference equations in favor of race-neutral reference equations, and support further research into the utility and implications of incorporating CT imaging into the evaluation of those with suspected impaired respiratory health and normal spirometry," Liu said in a meeting news release.

There's more on emphysema at the American Lung Association.