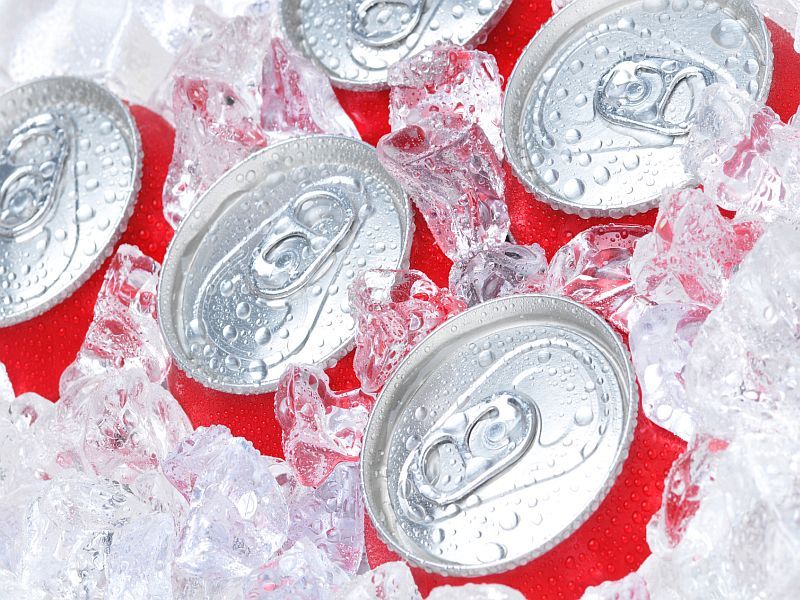 New research suggests that good intentions may not always be enough when it comes to public health.

According to the study of the consequences of Philadelphia's 2017 tax on sugar-sweetened drinks, people bought more candy and cookies or did more shopping outside city limits, to both avoid the tax and satisfy their sweet tooth cravings.

"Taxes like this are associated with increases in consumption of additional sugary foods," said lead researcher Felipe Lozano-Rojas, an assistant professor of public administration and policy at the School of Public and International Affairs at the University of Georgia.

He sees this consequence as a failure in how the tax is designed and implemented. "The offsetting forces right now are substantial, and we want to think how to make this policy more effective," he said.

Lozano-Rojas and his colleague Patrick Carlin, from the O'Neill School of Public and Environmental Affairs at the Indiana University, found that the Philadelphia tax caused a 31% drop in the sale of sugary drinks in the city, but it increased sales of other sweetened foods and promoted shopping trips outside Philadelphia.

The soda tax actually triggered about a 4% increase in purchases of other high-sugar goods in Philadelphia and neighboring towns, and additional sweetened food purchases offset an additional 40% of the decrease.

Lozano-Rojas added that the burden of the tax falls most heavily on the poorest. Other research has shown those folks tend to spend more of their pay on sugar-sweetened drinks, so the tax burden hits them harder than people who can afford the higher price, he said.

For the study, Lozano-Rojas and Carlin used Nielsen Retail Scanner Data, which captures scanner information from stores throughout the United States. They used these data to look at more than 804 million weekly reports on purchases of sugary foods and sugar-sweetened drinks over nearly four years.

The idea behind the tax is to reduce sugar consumption, thereby improving health, a strategy that has worked in cutting smoking rates. Lozano-Rojas said, however, that there's no empirical data that a sugar tax has improved health. Consuming lots of sugar fuels the obesity epidemic and increases the risks for type 2 diabetes and heart disease.

"Proponents of a soda tax argue that the primary goal is to offset the growing economic costs of obesity while discouraging unhealthy diets," said Lucy Dadayan, a senior research associate at the Urban Institute in Washington, D.C. "However, one can argue that soda taxes are regressive, because these drinks are more likely to be consumed by lower-income households."

Moreover, sugar-sweetened drinks are often taxed on their volume, not sugar content, which means people pay the same tax for both high-sugar and low-sugar drinks, she added.

Lozano-Rojas agreed with this strategy and noted that it's been tried in other countries. In the United Kingdom, this graduated tax has resulted in manufacturers putting less sugar in their drinks to keep taxes low and sales up, he said.

He also thinks that for soda taxes to be effective, they need to be statewide or nationwide, like tobacco taxes.

"If you think about what is driving the increase in sugar, offsetting the cross-border purchases is very important," Lozano-Rojas said. "What is needed to make it more effective is state-level laws that encompass the region, so cross-border activity can be countered and neutralized."

Dadayan added, "If the goal is to discourage the usage of the sugar-sweetened beverages, rather than raising revenues, the best option would be to have no tax at all on water and to sell water at a discounted price."

Matt Kasman is an assistant research director at the Center on Social Dynamics and Policy at the Brookings Institution in Washington, D.C. "This study provides additional motivation to consider underlying drivers of excessive sugar consumption that blunt the impact of policies intended to reduce demand for sugary foods and beverages," he said.

"For example, an emerging body of evidence indicates that childhood consumption of sugary items has an outsized influence on preferences and behavior patterns that shape lifetime health outcomes," Kasman noted. "Therefore, it is worth exploring policies and practices that are designed to specifically reduce this."

The report was published online recently in the journal Health Economics.

For more on sugar-sweetened drinks, see the U.S. Centers for Disease Control and Prevention.