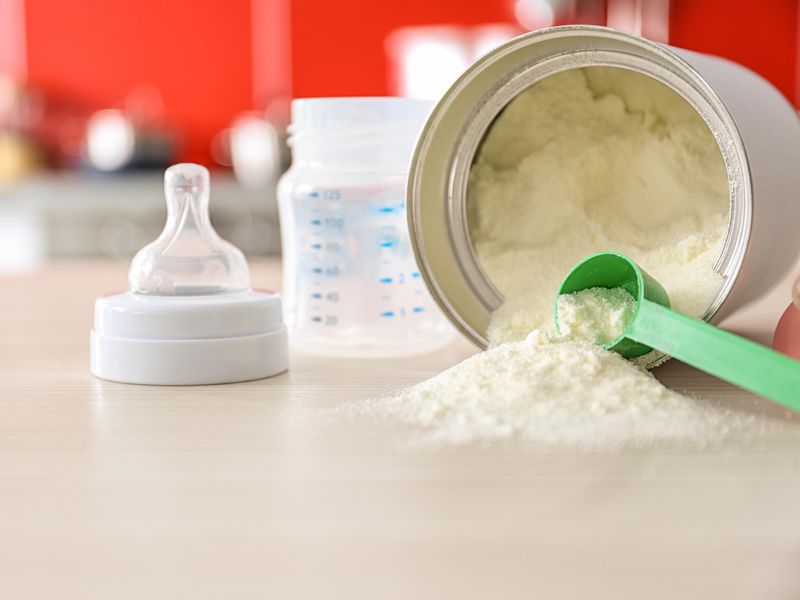 In a report issued Tuesday, the U.S. Food and Drug Administration acknowledged numerous shortcomings in its response to the infant formula shortage earlier this year.

“For things that are critical to the public health, if you don't have some understanding of how all the pieces fit together, then when you get into a crisis or a shortage you have a real problem,” FDA Commissioner Robert Califf told the Associated Press. “To a large extent, that's what happened here.”

Among the problems highlighted in the report were outdated data-sharing systems, while staffing and training for food inspectors was below normal. The agency also had poor insight into the supply chains and manufacturing procedures for infant formula.

The 10-page report comes eight months after the agency closed Abbott's infant formula plant in Michigan amid safety concerns and reports of illness in infants. The review was led by a senior official who interviewed roughly 60 agency employees.

Although a whistleblower had tried to warn the FDA about problems in September 2021, the agency didn't investigate until the following February.

By then, four infants were ill and two had died. The FDA is still investigating whether there is a connection between those infants and the formula, the AP reported.

“Whistleblower complaints come into the agency in many different ways, from many different sources,” Dr. Steven Solomon, director of the Center for Veterinary Medicine and the person who oversaw the review, told the AP. “One of the actions we've already taken is to make sure that however they come into the agency, they get triaged and escalated to the right leadership levels.”

Mail delays were one of the reasons the FDA didn't learn about the complaint earlier, according to information the agency gave Congress. Another was a failure to escalate the whistleblower allegations.

The FDA's “inadequate processes and lack of clarity related to whistleblower complaint” likely contributed to delays, according to the report.

Shipping issues experienced by “third party delivery companies” further caused delays in testing bacterial samples and the agency struggled with its testing capacity for the rare but potentially deadly cronobacter bacteria that was linked to the infant formula outbreak.

Still more issues were caused by the pandemic, both when the agency missed inspections after removing inspectors from the field and also because of COVID cases among agency staff, the report said.

The FDA plans to seek new authority that would require companies to provide samples and records on manufacturing supply chains, quality and safety.

The report also asked for funding from Congress to improve infant formula inspections and standards. This would increase funding and hiring authority for new experts in the FDA's food division, as well as improve technology to share data on FDA inspections, consumer complaints and testing results.

“This internal evaluation treats the symptoms of the disease rather than offering a cure,” Faber said. “Nothing in this evaluation addresses the fragmented leadership structure that led to critical communication failures.”

The problems at the Abbott plant in February triggered significant formula shortages and resulted in the United States airlifting about 80 million bottles of formula from other countries.

The U.S. Centers for Disease Control and Prevention has more on cronobacter.