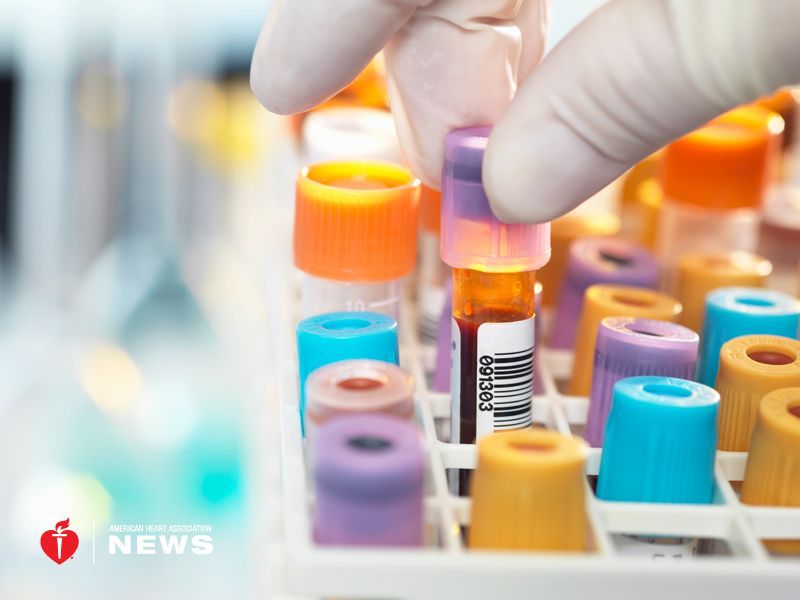 Testing blood for a biological marker called suPAR could help better assess the risk of death among black Americans with type 2 diabetes, according to a new study.

SuPAR, or soluble urokinase plasminogen activator receptor, is a protein marker that indicates inflammation in the blood. Scientists have used suPAR to help assess the severity of various conditions, particularly kidney disease but also HIV, cancer and other illnesses.

While elevated suPAR levels have been associated with higher risk of death among people with those diseases, it previously had not been examined closely among those with type 2 diabetes, a major risk factor for both heart and kidney disease.

In a new study published May 1 in the Journal of the American Heart Association, researchers compared suPAR levels to other predictors of death among black diabetics.

Specifically, researchers for the first time compared suPAR levels to results from a common screening method known as coronary artery calcium scan that doctors use to assess for heart disease risk. The suPAR markers were measured against scores from the calcium scans that gauge calcified plaque that can plug the arteries of the heart. SuPAR also was compared to levels of another protein in the blood that indicates inflammation when detected at high levels.

The study found that elevated suPAR levels were a better predictor of death than the other risk predictors. It also found that diabetics who relied on insulin to control their disease had significantly higher suPAR levels compared to those who didn't need insulin.

Overall, higher levels of suPAR were associated with more than double the risk of deaths.

The findings could eventually help scientists identify which type 2 diabetics are more at risk of death and could lead to more personalized treatments. For example, checking suPAR levels could help guide doctors to know which patients need or don't need to be put on statins, a medication usually prescribed to diabetics to reduce their cholesterol and risk for heart disease, said the report's lead author, Dr. Salim Hayek. He's a cardiology fellow at Emory University School of Medicine in Atlanta.

Similarly, assessing levels of the biomarker in diabetics also could help doctors in deciding which patients might need heart procedures like stenting to open clogged coronary arteries or more invasive bypass surgery.

"Until now, despite multiple studies, we've had difficulty determining who would benefit more from bypass surgery versus stenting," Hayek said.

In the study, researchers examined blood work from 500 black Americans with type 2 diabetes. Of that sample, 68 had died by the time researchers followed up with them nearly seven years later. More than half of those who died had high levels of suPAR. But the study did not distinguish between people who died of heart disease and those who died from something else.

But that could be part of the next steps by researchers.

"[The findings] are associated with death in general. In order to be able to say exactly what they're dying from requires a bit more complex study," he said.

The small sample size of the study raised a red flag for Dr. Jordana Cohen, a nephrologist and epidemiologist not associated with the study. So did the inability to discriminate between people who died of heart disease and those who did not.

"It's very hard to get this large of a cohort of African-Americans with type 2 diabetes and with such detailed blood work and cardiac data, so it's unclear just when researchers would be able to reproduce it," said Cohen. She's an instructor at the University of Pennsylvania's Perelman School of Medicine who credited the study authors for being forthcoming about their limitations. "We definitely need to take from it what we can."

While suPAR's link to kidney disease has been explored for years, the marker generally remains a mystery for scientists, said Cohen, who described suPAR as "a unique biomarker" that holds promise in helping to discriminate which people are at higher risk for death. But suPAR also represents "a very broad umbrella because it could be associated with so many things."

"We really still don't understand suPAR," she said. "We really don't know what it does, and we don't know why it causes adverse outcomes. Studies like this are helpful in giving us more clues."