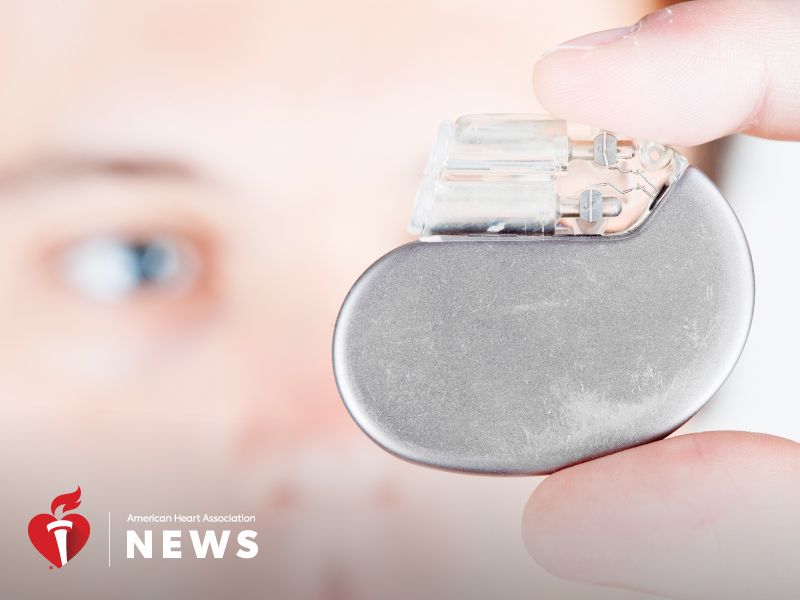 AHA: Should Pacemakers, Defibrillators Be Recycled -- and Reused in Others?

Reuse and recycle. Americans employ the concept on nearly everything. Now, medical researchers are working hard to apply it to pacemakers and defibrillators.

Millions of sick people in low-income nations suffer or die each year because they can't afford these implantable medical devices that could help regulate their heartbeat. Researchers argue that many people could be saved if they had access to the tens of thousands of pacemakers and defibrillators removed annually from Americans who have either died or received an upgraded device.

A heart that beats dangerously slow often causes the person to feel lethargic and breathless, sometimes even causing fainting. A pacemaker can be used to regulate the heart's rhythm, speeding up the heart rate as needed. Implantable defibrillators treat life-threatening fast heart rhythms in addition to their function as a pacemaker.

Research has found that many of these devices have five to 10 years of battery life left once they've been removed. In addition, a study published last year in the World Journal of Cardiology shows that more than 9 out of 10 people with pacemakers would donate them to others in need if given the chance.

The Food and Drug Administration, which oversees U.S. medical devices, prohibits the use of recycled heart devices. The FDA has deemed them for "single use" only, mainly citing safety concerns.

The nonprofit organization My Heart Your Heart, a program at the University of Michigan, collects used pacemakers and defibrillators from patients and funeral directors. It then works with a contractor to sterilize the devices according to specific protocol outlined by the FDA.

The refurbished devices are ultimately prepared for shipment to certain foreign governments that have explicitly requested them, said Dr. Thomas Crawford, a cardiologist and director and principal investigator for My Heart Your Heart.

"We're essentially providing therapy that basically would not be available to these countries at all. That is really what we're all about," he said.

The organization hopes to prove that with proper processing, recycled devices are safe for reuse through a clinical trial abroad in which people are randomly assigned either a refurbished device or a new one.

One reason why the use of recycled heart devices isn't a consideration in the U.S. is because no hospital would deny a patient in need of a pacemaker, said Dr. Stephen Vlay, a professor of medicine at New York's Stony Brook University and a proponent of recycling devices.

"In the United States, we're fortunate to live in a society where essential emergency medical care is available regardless of ability to pay," he said. "But if you're in underserved areas in Africa, Asia or Latin America and you need a pacemaker, and you have no money, you will have to survive with a heartbeat of 30 beats a minute until you die. And that may be much sooner rather than later."

Pacemakers average around $5,000, Vlay said. Defibrillators cost about three times that much. Neither type of device should be simply thrown away because of their lithium ion batteries, which is why they must be removed from bodies before cremation. Otherwise, they would cause an explosion.

"You have about 5,000 hospitals in the United States," Vlay said. "If each of them explants 10 viable devices and discards them, that's approaching (an average) $500 million dollars a year in viable medical equipment that gets destroyed."

Avoiding that kind of waste helped inspire the My Heart Your Heart project.

It started with a donation from a man whose wife had died within three months of getting a pacemaker implanted.

After the funeral home removed the device from his wife, Crawford said "the husband brought us the device saying, 'I hope somebody can reuse it because I was told this was going to last for 12 years.'

"There are numerous times when we actually get to talk to families that donate these devices. I believe the sheer donation allows the families to feel more at peace with what has happened to their loved one," said Crawford, an associate professor of medicine at the University of Michigan.

"And oftentimes they'll say, 'Oh you know, my mother was really very big on recycling. … I know she would be proud that we actually sought a way for her to be honored and to continue making a positive impact in the world.'"