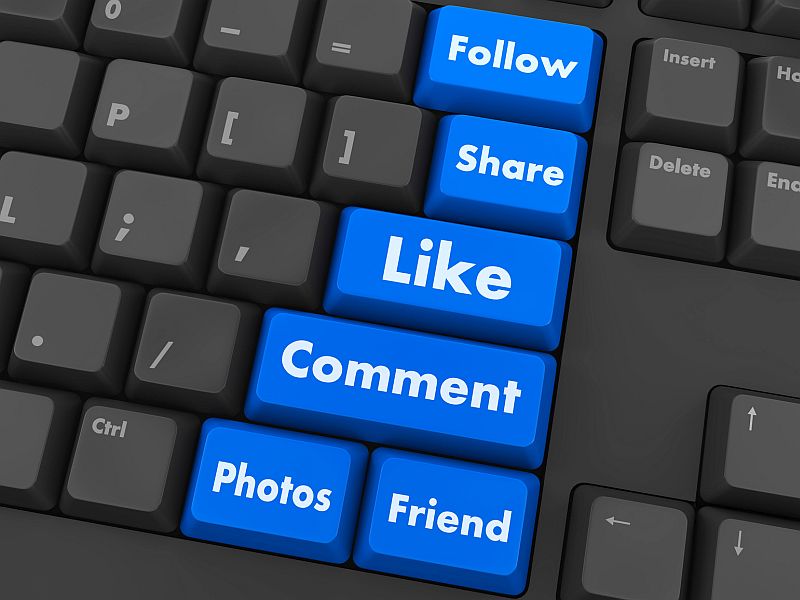 In fact, Canadian researchers found the relationship worked in the opposite direction -- teenage girls who were already depressed tended to spend more time on social media, to try to feel better.

These findings run counter to a series of recent studies that said teens and young adults were more likely to grow depressed if they used social media more often.

But those studies only looked at adolescents' depression and social media use at one point in time, taking a single survey "snapshot" that couldn't assess which factor influences the other, explained Pamela Rutledge, director of the Media Psychology Research Center in Santa Barbara, Calif.

The new study looked at people over time and tried to make sense of their behaviors over time, said Rutledge, who was not involved in the research.

"To me it makes a lot of sense, because we also know that social media can have a lot of benefits," she said. "With anything, there is positive and negative. Social media is this great big thing, and there are all sorts of ways to use it."

Beginning in 2017, researchers led by Taylor Heffer from Brock University in St. Catharines, Ontario, surveyed nearly 600 sixth-, seventh- and eighth-graders in Ontario once a year for two years. They also conducted annual surveys of more than 1,100 college students for six years, beginning in 2010.

The investigators used a standard questionnaire to measure symptoms of depression. They also asked participants to estimate their average weekday and weekend use of social media, their regular screen time, and the time they spend on non-screen activities like homework or exercise.

They then looked at each participant's responses over time, to see how depressive symptoms or social media use changed from one year to another.

Social media use did not predict the development of depression symptoms among school kids or college students, researchers found.

Instead, school-age girls with greater symptoms of depression tended to use more social media over time. The researchers did not find the same association among school-age boys or college students.

"It's definitely more sophisticated than the prior reports," said John Piacentini, director of the UCLA Center for Child Anxiety Resilience Education and Support. "I believe it. I think it's a nice contribution, and it clarifies this question in an important way."

"If their offline life is unpleasant, they're feeling marginalized at school, when you go online and you're in one of these communities it feels good, because you're now a valued member of something," she said. "Maybe they use social media more to connect with people, and if they didn't, maybe they'd be more isolated."

It makes sense that children would use social media differently based on their individual characteristics, said Dr. Paul Weigle, a child and adolescent psychiatrist in Mansfield Center, Conn.

"We need to take a closer look at groups and what makes young people different in their experiences with social media," he said. For example, teens dealing with depression or anxiety might prefer socializing online because it's easier to control interactions.

"They can stop and think before they respond," Weigle said. "They don't have to worry about changes in their voice or how they appear while they are responding."

Moderation is important, as it is in all things, he added.

Rutledge suggested parents talk openly with their kids about how they use social media and how they feel, rather than assume Facebook is causing their son or daughter to feel depressed.

"What often happens is that parents are so negative about social media that kids won't talk to them about it, because they're afraid they'll take it away," Rutledge said, adding that it's important to understand what's going on with kids and see how all the pieces fit together.

"It's possible, on the negative side, they're looking at all these people whose lives look better than theirs and they're feeling inferior," Rutledge said. "Or it's possible that it's an escape from the things that are really bothering them. They're just watching cat videos or watching people on Twitch channels play video games."

The new study was published recently in the journal Clinical Psychological Science.

The Mayo Clinic has more about teen depression.