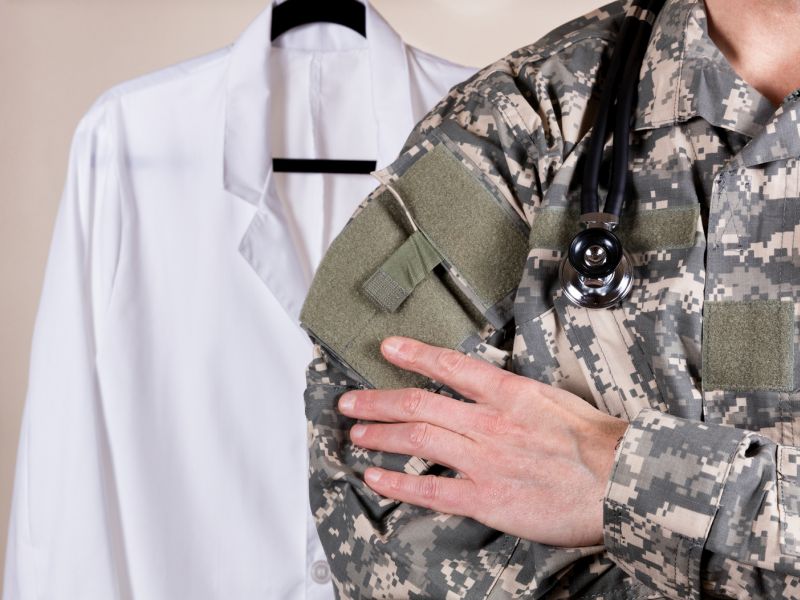 New research shatters the image of U.S. soldiers as the epitome of fitness and primed for battle: Instead, they are less likely to have ideal blood pressure than their civilian counterparts.

In fact, less than one-third of active Army personnel have ideal blood pressure (120/80 mm Hg), compared with over half of the general population, the researchers found.

"It's unexpected that, given the recruitment process, Army personnel at these ages are worse off than the civilian population," said researcher Dr. Darwin Labarthe. He is a professor of preventive medicine at Northwestern Feinberg School of Medicine in Chicago.

Military recruits are excluded from service if they have high blood pressure, Labarthe explained.

Dr. Byron Lee, director of the electrophysiology laboratories and clinics at the University of California, San Francisco, added, "The findings in this study are astonishing. Soldiers should have better heart health than the general population, but they don't. I wonder if the stress or salty diets in the military could be the reason."

Labarthe isn't sure why military personnel tend to have higher blood pressure. It's something he intends to investigate. But he's not ruling out Lee's theory that stress, particularly in combat, and diet may play a role.

In addition, the Army draws many recruits from disadvantaged populations who are already at risk of developing high blood pressure, he noted.

The other concern Labarthe has is what happens to these soldiers as they age? It's very possible that they will carry their heart issues with them throughout their lives, he said.

"This is a problem that can be remediated and we should be tackling that," he said.

For the study, Labarthe and his colleagues evaluated more than 263,000 active duty soldiers, aged 17 to 64, who were examined in 2012. This group was compared with a similar group of civilians who took part in the 2011 to 2012 National Health and Nutrition Examination Survey.

The investigators compared the groups for such factors as smoking, weight, blood pressure and diabetes. Overall, more soldiers didn't smoke or have diabetes than civilians.

Labarthe's initial assumption had been that because military personnel are active and exercise a lot, they would be healthier. But the rates of good heart health were low in both groups, he said.

Among those aged 17 to 29, only 16% of the civilian population and less than 10% in the Army were ideal in all the categories of health that the researchers studied.

According to Labarthe, heart disease affects the Army more than any other chronic disease, and it's on the rise. In 2014, 9% of soldiers had heart disease, compared with 7% in 2007.

Dr. Gregg Fonarow, a professor of cardiology at the University of California, Los Angeles, said that cardiovascular disease is a leading cause of death and disability among men and women.

The report was published online June 5 in the Journal of the American Heart Association.