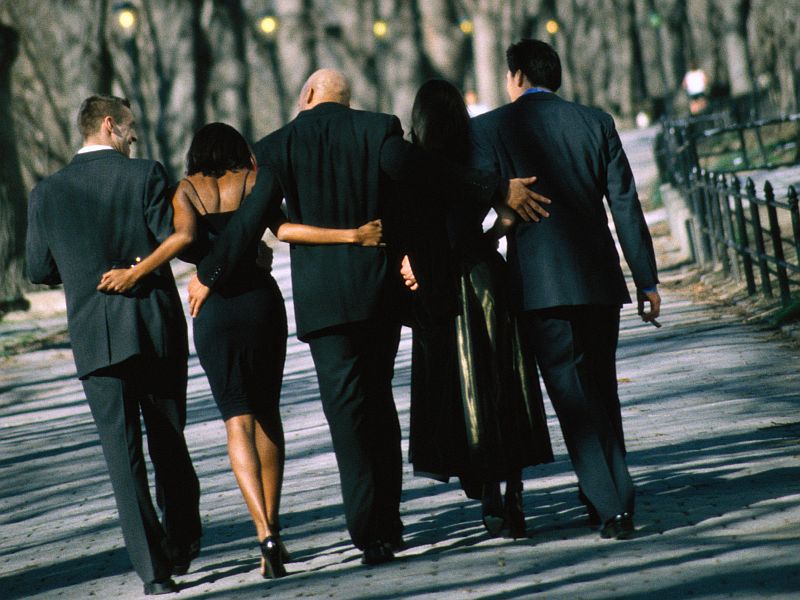 Stay Social to Help Cut Your Odds of Dementia

The evidence continues to mount that staying socially engaged as you age helps keep dementia at bay.

In a new study, British researchers found that being socially active in your 50s and 60s may reduce the risk of developing dementia.

The findings showed that people in their 60s who interacted with friends nearly every day had a 12% lower risk of developing dementia than people who saw a couple of friends every few months.

"This has important implications for people in middle-age as it suggests that keeping socially active is important for brain health. We know that it has other health benefits in terms of benefiting physical and mental health," said lead researcher Andrew Sommerlad, a research fellow in the division of psychiatry at University College London.

Social activity during midlife was linked with better memory and reasoning skills, he said.

"We think this may be because social contact gives us a chance to exercise different aspects of thinking, like memory and language, which may make people more resilient against the damage which accumulates in the brain in people who develop dementia," Sommerlad explained.

For the study, Sommerlad and his colleagues collected data on more than 10,200 people who took part in the Whitehall II study between 1985 and 2013. During that time, the participants were asked about their contact with friends and relatives.

In 1997, the study participants also took tests of their thinking abilities. The group was followed until 2017.

The researchers also found an association between being socially active and dementia risk for those who were 50 and 70, but it wasn't statistically significant.

Sommerlad said that other studies have shown similar results, but this study followed people for a much longer time.

"This gives us much more confidence in the idea that more social contact may reduce dementia risk, although a study like this can never definitively prove it," he said, since it can only show an association.

In any case, Sommerlad encouraged people to stay connected.

Dr. Sam Gandy is director of the Mount Sinai Center for Cognitive Health and NFL Neurological Care in New York City. He said, "I tend to believe these findings are correct."

Many studies have shown that being mentally and physically active affects keeping the mind sharp, he noted.

"Physical activity, mental stimulation and social engagement are popping up in these studies left and right all around the world," Gandy said.

Some patients in these studies may have the beginnings of mild cognitive impairment, which is an early stage of dementia, he said. But he is confident that this possibility is well known and researchers can take it into account.

The bottom line for Gandy is that keeping your blood pressure and cholesterol low, and maintaining a healthy weight along with eating a healthy diet, and staying mentally and socially active is the best recipe for delaying or preventing dementia.

Some studies have suggested that even people with dementia can benefit from a healthy lifestyle, he added.

Gandy thinks that for those with early signs of dementia, these interventions might have some value. "But not for those with mid- to late-stage dementia or those who are bed-bound," he said.

The report was published online Aug. 2 in PLOS Medicine.