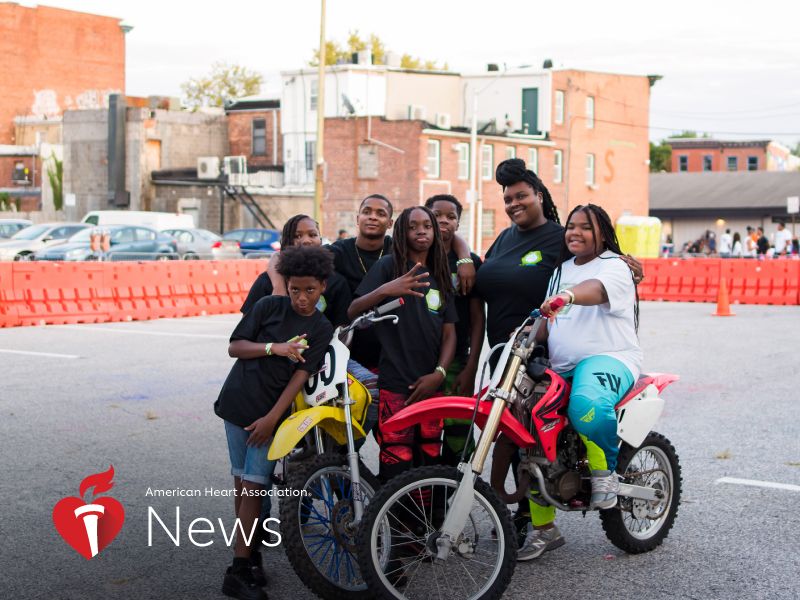 For Brittany Young, dirt bike culture was simply a way of life when she was a young girl growing up in West Baltimore.

"Most everyone I knew rode," Young said.

Dozens of riders, mostly black, would zoom through the city streets to Druid Hill Park, popping wheelies and performing other tricks to the delight of their audience. (Dirt bikes are motorcycles designed for rough terrain.)

But as the sport grew and the streets became more crowded, accidents occurred. Eventually, riding a dirt bike or even possessing one was forbidden within the city, punishable as a misdemeanor.

More importantly, what many saw as a nuisance, Young viewed as an opportunity.

"Dirt bike riders are natural mechanics, because they learn to fix their bikes at an early age and grow up knowing all about parts and motors," said Young, today a 30-year-old chemical engineer. "That is engineering design. But people didn't appreciate their skills. No one talked about them knowing anything, only about them being outlaws."

So, she set out to change not only outsiders' perceptions, but those of the riders themselves.

In 2017, Young started B-360, a nonprofit that uses STEM (science, technology, engineering and math) education and community involvement to spotlight riders' talents and give them educational and employment skills.

Through school workshops and community events, students learn about computer coding, robotics, mechanics and engineering design. They're also taught riding skills and safety at dirt biking spaces outside the city limits. Everyone in the program promises to not ride on the street in Baltimore and to wear a helmet.

Young's mission also was personal. As a bored student, deemed unruly, she found her own passion in science, thanks to seeing "Bill Nye the Science Guy" on TV.

"Here was this man making things explode. I thought, 'I want to do that.' By the time I was in the third grade, I had a full-blown lab in the basement. It was the only thing that could keep me out of trouble."

She attended high school at Baltimore Polytechnic Institute, which focuses on STEM education, and later held several chemical engineering jobs. But it wasn't an easy path.

"I had teachers tell me that engineers did not look like me, come from the Baltimore community and didn't have parents without college degrees," she said. "I want people to understand that we also belong in these spaces."

To pursue that goal, in 2012, Young started mentoring young people through various agencies like the YMCA and summer camps, introducing them to STEM. In 2016, she took a job as a technology teacher for Baltimore Public Schools.

"A lot of kids thought an engineer was a train conductor," said Young. "We had five computers and no WiFi, which made it hard to teach technology. This is how I created the curriculum for B-360."

"I have a younger brother who was incarcerated at the age of 16 and tried as an adult for nonviolent charges," she said. "I see a lot of riders who remind me of him. I'm committed to helping keep black people out of prison."

B-360 instructor Mike Johnson, 21, started riding a small dirt bike when he was 6, and kept at it through his teenage years.

"I'd take my bike anywhere, on the street or on a field," he said.

Now his days are filled with taking engineering courses at a community college and instructing B-360 students in things like 3D printing of mini-dirt bikes and writing code.

"The same thrill kids get by riding dirt bikes we show them in the education field," he said. "Over the years I've become their big brother and their advocate, and I stay on them about school."

Young hopes the B-360 model can be adapted by other communities and used around the country.