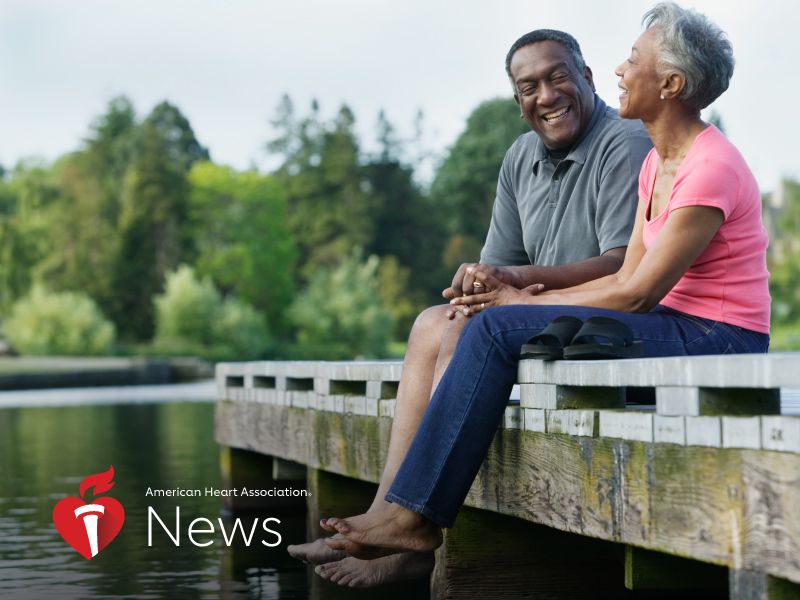 AHA News: Millions Are Learning to Live With Heart Failure

It was almost six years to the day after Aimee Rodriguez-Zepeda completed her chemotherapy that doctors listened to her heart and gave her the bad news.

"I was exhausted," she said. "They found my heart was only working at 20% capacity." Her condition – heart failure – was likely caused by the chemotherapy that saved the former Marine from uterine cancer, combined with a family history of heart disease and stroke.

"People don't understand that while the idea of chemo is to make you better, a lot of the medications they use wreak havoc on your body," said Rodriguez-Zepeda, who was 39 at the time of her heart failure diagnosis in 2014. "I was a ticking time bomb."

But not anymore, thanks to improved medical care and advances in technology. Heart failure, once considered a death sentence, can now be managed for years – even decades – with lifestyle changes, medication, implantable devices or surgery.

It is now considered a chronic condition, said Dr. Anjali Tiku Owens, a heart failure and transplant cardiologist at the Perelman School of Medicine at the University of Pennsylvania in Philadelphia. "How long a patient will survive is incredibly variable."

Heart failure occurs when damage to the heart prevents it from adequately pumping blood to the rest of the body. Rodriguez-Zepeda has been successfully managing her condition through a combination of dietary changes, exercise and medication for five years.

She is one of more than 6 million American adults living with heart failure, a number expected to reach almost 8 million by 2030 as the population ages. Researchers predict 1 in 5 people in the United States will develop heart failure during their lifetime.

The most common causes are heart attacks, heart diseases and defects, high blood pressure, lung conditions and alcohol or drug abuse. Diabetes also increases the risk for developing heart failure, and some cancer treatments such as chemotherapy and chest radiation can as much as double the risk.

While many factors affect the rising prevalence, one is simply that people are living longer, said Dr. Shannon Dunlay, an advanced heart failure and transplant cardiologist at the Mayo Clinic in Rochester, Minnesota.

"We know the risk of heart failure goes up as we age," she said.

There's a lot doctors and other health care providers can do to help patients manage the condition.

"The cornerstone of treatment is medication," Owens said.

"Sometimes, medications used to treat other things are effective in treating heart failure as well," Dunlay said. She pointed to a recent trial of the diabetes drug dapagliflozin that found people with heart failure with low ejection fraction who took this drug, whether they had diabetes or not, had a lower risk of worsening heart failure or death from cardiovascular causes.

Both Dunlay and Owens say one of the most important ways to treat heart failure is through lifestyle changes. Indeed, Rodriguez-Zepeda credits changes to her diet and exercise regimen as being the most beneficial in managing her condition.

"Patients have a lot to deal with," Dunlay said. "They have to take medications at specific times each day, exercise and monitor fluid intake as well as their weight. We like patients to weigh themselves every morning. If weight goes up by more than five pounds, they have to call us and see if we need to adjust their medications. Excess weight is one of the main signals that they may be retaining extra fluid."

People with severe heart failure can benefit from implantable devices, such as defibrillators that shock the heart back into rhythm or pacemakers that help the heart pump more efficiently. Doctors also can implant tiny sensors into the pulmonary artery that can be monitored remotely, alerting them when the pressure begins to rise, an early sign that a patient's lungs could be filling with fluid.

One of the major advances of the past few decades is a mechanical heart pump that attaches to the left ventricle, the heart's major pumping station, enhancing or replacing the function of the left side of the heart, Dunlay said.

The device operates on a battery pack during the day and can be plugged in at night through a cord coming out of the patient's upper abdomen. "While these have been around a while, they're getting smaller and hopefully soon we'll have a completely implantable one," she said.

For some people, when medications, lifestyle changes and other procedures won't suffice, a heart transplant may be the only hope, Owens said. But these are still rare.

The goal of all the treatment and advances, Owens said, is making sure patients aren't just living longer but are living well.

"Are they living life to the fullest, or constantly in and out of the hospital? Once someone is diagnosed with heart failure, we need to have ongoing conversations about the goals of care to make sure we are also focused on their quality of life."