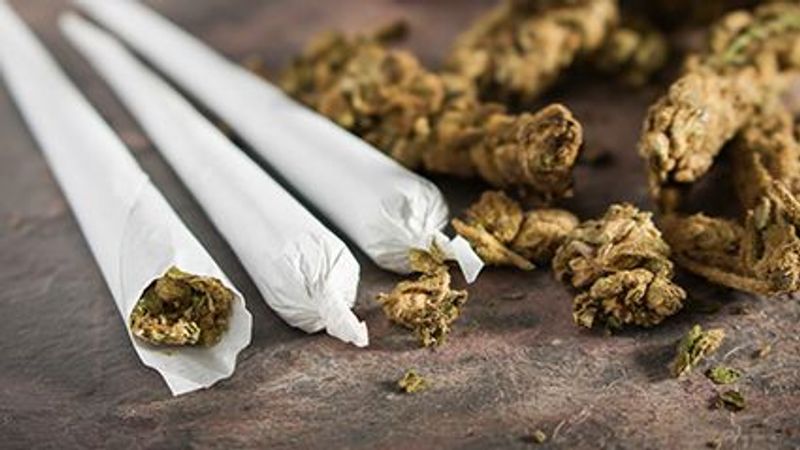 Election Day 2020 saw marijuana legalization continue its march across the United States, but a pair of new studies warn that smoking pot could increase risk for heart patients.

Marijuana smokers are more likely to suffer complications like excess bleeding or stroke if they undergo angioplasty to reopen clogged arteries, a University of Michigan-led study found.

Pot smokers who've had a heart attack or needed clogged arteries reopened also are at a greater risk of subsequent heart problems, according to a second study based on national hospital data.

Both studies are scheduled to be presented Nov. 13-17 at an online meeting of the American Heart Association (AHA). Findings presented at meetings are typically considered preliminary until published in a peer-reviewed journal.

"As marijuana is becoming more accessible across the U.S., there is a need for rigorous research to better understand the effects of marijuana use on cardiovascular health," said Dr. Sang Gune Yoo, lead author of the first study. He's an internal medicine resident physician.

But much remains unknown about how marijuana affects people's health, Yoo noted.

For their study, Yoo and his team analyzed data from a statewide registry of more than 113,000 patients in Michigan who had angioplasty between January 2013 and October 2016. Of those, nearly 4,000 patients (3.5%) reported smoking pot within a month of their procedure.

In angioplasty, doctors run a tube up through a patient's arteries to the place where they've become narrowed or blocked, and then inflate a tiny balloon to push open the blockage.

Patients were 54% more likely to suffer from potentially dangerous excess bleeding if they had recently smoked pot, the researchers found.

The patients also were 11 times more likely to suffer a stroke after their angioplasty, although the overall risk remained low, with about 0.3% of marijuana users suffering a stroke.

"The odds are markedly increased. The absolute difference is small, but to the patient who suffers that excess stroke, that's a devastating complication," said study co-author Dr. Hitinder Gurm, associate chief clinical officer at the University of Michigan.

Researchers found that 67% of heart attack survivors who used pot had a subsequent heart attack, compared with 41% of nonusers.

Marijuana users also were more likely to land in the hospital for another round of angioplasty or bypass surgery, the researchers found.

"The frequency of recurrent heart attacks and cardiac interventions was higher among cannabis users, even though they were younger and had fewer risk factors for heart disease," lead researcher Dr. Rushik Bhuva said in an AHA news release. He's a cardiology fellow with the Wright Center for Community Health in Scranton, Pa.

Not all the data related to pot use was negative, however.

Yoo's study found that marijuana smokers were less likely to suffer acute kidney injury as a result of their angioplasty compared with nonsmokers, and Bhuva's study found that cannabis users had significantly lower rates of high blood pressure, diabetes and high cholesterol.

Researchers said there's still too little known about how marijuana affects the body.

"We know previous studies have shown marijuana affects multiple organ systems in the body, including the heart, including the platelets," Yoo said. "It's an important research question that needs to be further pursued."

Until more is known, patients and doctors should be on alert for potential side effects related to pot, said AHA marijuana expert Robert Page, a professor of clinical pharmacy at the University of Colorado in Aurora.

"I treat cannabis as a pharmacist just like I would any other medication, and when you prescribe any medication, it's going to have drug interactions and side effects," he said.

"Just because something is natural does not make it 100% safe," Page continued. "Therefore we need to be treating cannabis like we would any other medication, and that irregardless of medicinal or recreational, it carries side effects."

Interestingly, in Bhuva's study, cannabis use rose by 250% among patients who had either survived a heart attack or had a procedure to reopen blocked arteries.

Heart patients might instead want to lay off pot, Yoo said, or at least make sure doctors know they use marijuana if they wind up needing another procedure.

"If you are an operator who's doing a procedure, knowing that the patient is at a high risk of bleeding might make you want to consider more strongly some bleeding mitigation approaches," like avoiding strong blood thinners, Yoo said.

Harvard Medical School has more about marijuana and heart health.