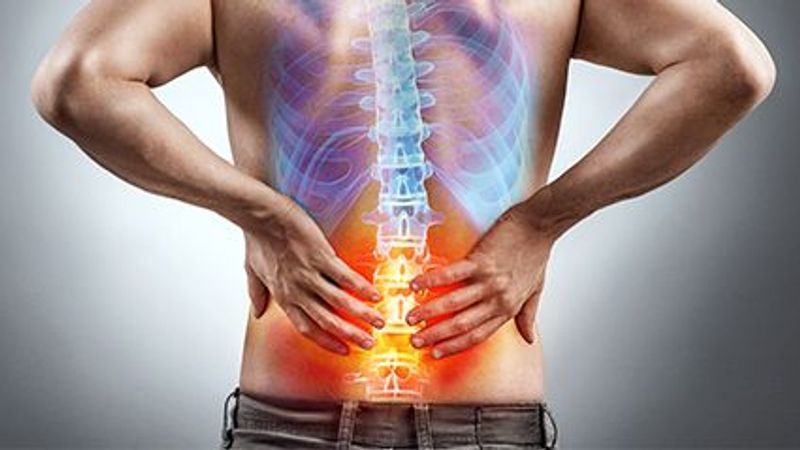 WEDNESDAY, Nov 25, 2020 (HealthDay) -- A new approach that could revolutionize spinal fusion surgery does away with the need to "flip" patients from their back or side onto their stomach midway through the operation -- a switch researchers say dramatically improves outcomes.

The new technique -- dubbed Single Position Lumbar Surgery (SPLS) -- lets surgeons complete the entire spinal fusion operation while the patient lies on his or her side. Researchers looked at 244 patients (average age: 61) who had this procedure between 2012 and 2019.

The results were positive on many levels, investigators say. Compared with 153 patients who had standard operations, SPLS patients lost less blood during surgery, and their risk for intestinal blockage after surgery also dropped, researchers reported. Total surgery time was reduced by two-thirds, and post-op hospital stays were cut in half.

"Spinal fusion surgery is a treatment option for severe cases of age-related changes to the spine," said study author Dr. Kimberly Ashayeri, a neurosurgery resident at NYU Langone Health in New York City. "The goal is to improve spinal alignment, relieve pressure on the nerves from discs or other material."

The surgery, she noted, involves "placing screws connected by rods into the bones of the spine in order to hold the bones in place with good alignment. Often, in addition to rods and screws, surgeons will have to remove the disc and replace it with a spacer." Roughly 2,000 spinal fusions a year are performed at Langone alone.

Traditionally, the surgery is performed in two parts, Ashayeri said. The patient lies on the back or side as surgeons place the spacer. Then, the patient is flipped to their stomach for placement of the rods and screws.

But the flip method is longer than SPLS, involves more anesthesia, more blood loss and an increased risk for post-op bowel blockages, she noted.

SPLS "allows surgeons to work on both parts of the procedure at the same time," Ashayeri said.

That cuts surgery time from about five hours to about 90 minutes, reducing anesthesia, blood loss and probably post-op pain, so fewer narcotic painkillers are needed, she said. The fusion rate is also higher, she said.

Though the findings suggest SPLS is safe, effective and has advantages in the right patients, longer-term follow-up studies are necessary before it can be declared the new standard of care, Ashayeri said.

On that front, two experts who were not involved with the study reacted cautiously to the findings.

"I think a lot more work would need to be done before the SPLS is considered the new standard of care," said Dr. Andrew Schoenfeld, an associate professor of orthopedic surgery at Harvard Medical School in Boston.

Schoenfeld noted that not all hospitals nationwide are as well-positioned to embrace this approach as Langone, a major medical center with "high-volume spine surgeons who have a lot of experience performing this technique." There is a learning curve for these operations, he said, and it's important to have experienced surgeons, radiology techs, nurses and support staff in the operating room.

"The outcomes could be very different in other clinical environments, where there is less experience," Schoenfeld said.

Plus, not every spinal fusion patient will need -- or even be suited for -- this approach, said Dr. Daniel Park, an orthopedic spine surgeon at William Beaumont Hospital in Royal Oak, Mich.

Some will fare just as well with a minimally invasive spinal fusion or traditional surgery, he said.

"Minimally invasive fusion that is done with a person laying on their belly is probably still as successful as this method," Park said. And the SPLS approach will probably not be suitable for some patients.

"This is not a new standard of care," he said. Instead, the study shows that the SPLS approach is safe and can be done and it puts an extra "option in the surgeon's tool bag," Park added.

Learn more about spinal fusion surgery at the Mayo Clinic.