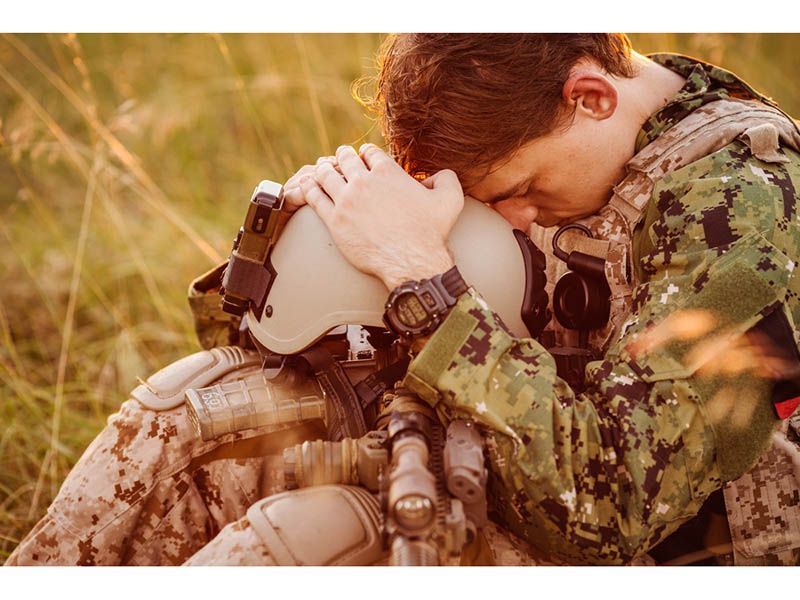 Serving in the U.S. military can be stressful, and new research suggests the effect of that is showing up in a dramatic increase in two types of sleep problems.

From 2005 to 2019, insomnia increased 45-fold and sleep apnea rose more than 30-fold among those who serve, researchers found.

Those most likely to be diagnosed with either of the sleep disorders included personnel who were married, male, white, 40 and older, and higher-ranking enlisted members of the Army. The study examined medical data on active-duty members of the U.S. Army, Navy, Marine Corps and Air Force.

"Other studies have been conducted in the past, but those were based more on self-reported surveys or focused on a single branch of the military. No one has studied these sleep disorders in multiple branches of the military before, based on universally used diagnostic medical codes from health records," said lead investigator Dr. Vincent Mysliwiec, a sleep medicine physician at the University of Texas Health Science Center at San Antonio.

"The most surprising result was that military members in the Army had the highest rates of obstructive sleep apnea and insomnia diagnoses. These findings are concerning because service members across the military branches are otherwise healthy and have similar physical requirements. Their sleep disorders developed and were diagnosed while they were in the military," Mysliwiec, a retired U.S. Army colonel, said in a center news release.

Study co-author Alan Peterson, the Krus Endowed Chair in Psychiatry at UT Health Science Center at San Antonio, shared some theories on why so many Army personnel were diagnosed with sleep disorders.

"While military deployments were not evaluated in this epidemiological study, previous research has shown a strong correlation between deployments and sleep disorders, and deployments combined with other chronic health conditions, such as post-traumatic stress disorder and traumatic brain injury," Peterson said in the release.

Long deployment could be one reason for the higher rates of the sleep disorders in the Army, the authors suggested.

"While we don't know yet exactly why Army personnel were more likely to be diagnosed with obstructive sleep apnea or insomnia, another factor besides deployments could be that Army personnel have greater access to large medical centers, which are typically located on Army posts. In contrast, Marines rely on Navy medical facilities that may not be where they are serving," he said.

"Another factor that could have influenced the results is that the Army was the first service to institute a service-wide education program on military sleep practices. Having greater access to medical facilities and the Army's emphasis on education about sleep disorders may have resulted in more soldiers recognizing their sleep disturbances and seeking appropriate treatment," Peterson added.

The study also found that diagnoses of the two sleep disorders were lower in women than in men, which came as a surprise because women in the military were expected to have lower rates of sleep apnea but not lower rates of insomnia, according to the researchers.

"This conflicts with the rate of insomnia diagnoses among female veterans [in previous research] and in civilian women, which are higher," Mysliwiec said.

"This is a concerning finding. We will need to conduct more research to better understand what contributes to the potential under-diagnosis of insomnia in active-duty women," he said.

The study was published recently in the journal Sleep.

The National Sleep Foundation has more on sleep.