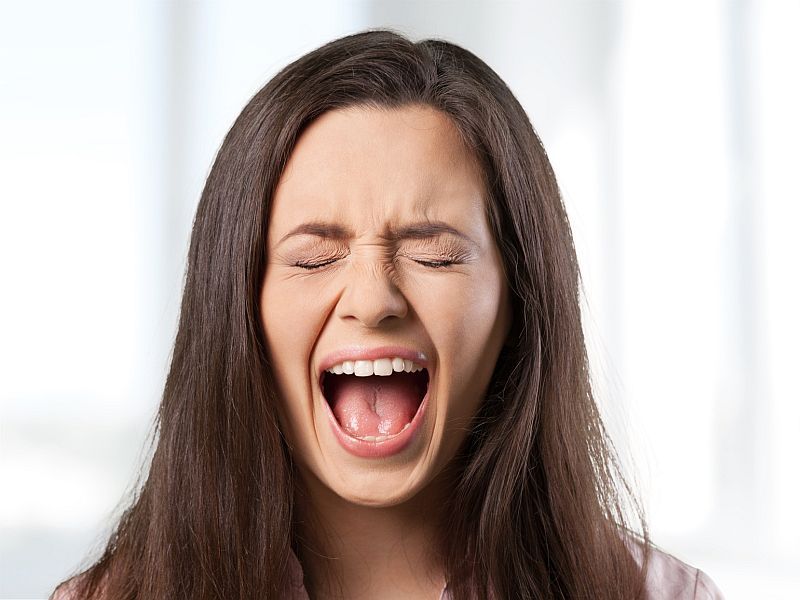 It's a Scream: Human Brains Alert to Positive Shrieks

Screams have different meanings, and you're likely to respond quicker to screams of joy than to those of anger or fear, a new study suggests.

Previous research has largely focused on screams triggered by alarm or fear.

In this study, a team from the University of Zurich in Switzerland examined the meaning behind different human screams and identified six emotionally distinct types: pain, anger, fear, pleasure, sadness and joy.

"We were surprised by the fact that listeners responded more quickly and accurately, and with a higher neural sensitivity, to non-alarming and positive scream calls than to alarming screams," said study leader Sascha Frühholz, a professor from the university's Department of Psychology.

To see how people responded, the researchers had 12 volunteers produce positive and negative screams that might be triggered in various situations.

Other participants rated the screams' emotional nature and classified them into different categories. As they listened, participants had brain scans to see how they perceived, recognized, processed and categorized the sounds.

Brain areas involved in emotions and memory -- including the frontal, auditory and limbic regions -- were far more active during positive screams than during alarm screams, Frühholz said.

It was previously believed that the brains of humans and other primates were specially tuned to recognize threat and danger signals in the form of screams.

But these findings show that human scream calls have become more diversified over the course of our evolution.

"It's highly possible that only humans scream to signal positive emotions like great joy or pleasure. And unlike with alarm calls, positive screams have become increasingly important over time," Frühholz said in a university news release.

This may have been driven by the demands of communicating with each other in increasingly complex social environments, the researchers said.

The findings were published April 13 in PLOS Biology.

HelpGuide.org has more on human communication.