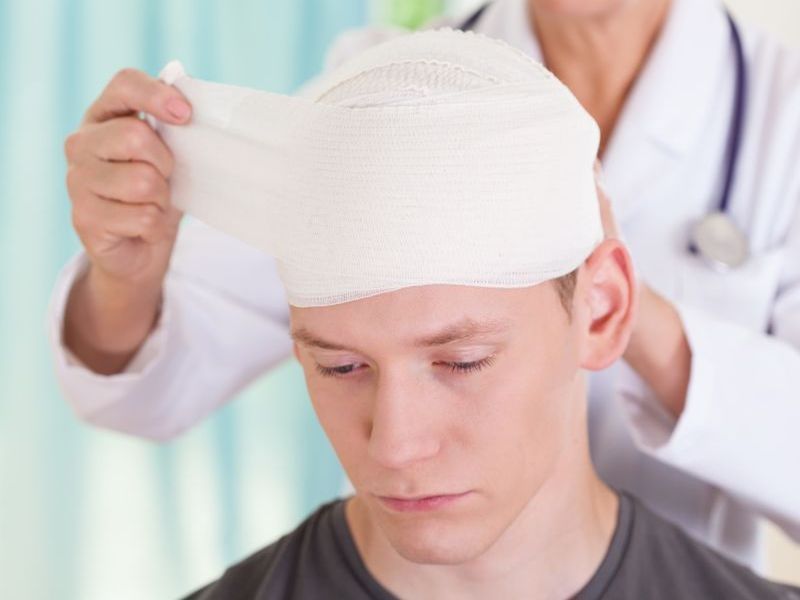 It may be possible to treat the thinking problems that result from repeated hits to the head, a new laboratory study suggests.

The new experiments with mice are the first to offer a molecular analysis of what happens in the brain after repetitive but mild blows to the head, said researcher Mark Burns. He is head of the Laboratory for Brain Injury and Dementia at Georgetown University, in Washington, D.C.

"Most research in this area has been in mouse models with more severe brain injury, or in human brains with chronic traumatic encephalopathy (CTE)," Burns said in a university news release. "This means that we have been focusing only on how CTE pathology develops. Our goal was to understand how the brain changes in response to the low-level head impacts that many young football players, for example, are regularly experiencing."

Researchers have found that the average high school and college football player gets 21 head impacts per week, while some specialized players, such as defensive ends, experience twice as many, causing problems ranging from mild learning and memory deficits to behavioral changes that include aggression, impulsivity and sleep disorders.

"These findings represent a message of hope to athletes and their families who worry that a change in behavior and memory means that CTE is in their future," Burns said.

In the study, researchers mimicked the mild head impacts experienced by football players. The mice showed slower learning and impaired memory long after the head injuries had stopped. An analysis of the mouse brains found no inflammation or tau pathology, as usually seen in the brains of people with CTE.

The researchers then sequenced the RNA of the mouse brains. "All of our sequencing studies kept pointing to the same thing -- the synapses that provide communication between neurons," said researcher Bevan Main, an assistant professor of neuroscience at Georgetown University.

The next step was to see how synaptic function was changed, said researcher Stephanie Sloley, a graduate of Georgetown's Interdisciplinary Program for Neuroscience. "The brain is wired via synaptic communication pathways, and while we found that these wires were intact, the way that they communicated using glutamate was blunted, repressed," Sloley explained.

Glutamate is a neurotransmitter in the brain found in more than 60% of brain synapses. It plays a role in the way the brain strengthens or weakens signals between neurons to shape learning and memory.

"Glutamate is usually very tightly regulated in the brain, but we know that head impacts cause a burst of glutamate to be released. We believe that the brain is adapting to the repeated bursts of glutamate caused by high frequency head impact, and dampens its normal response to glutamate, perhaps as a way to protect the neurons," Sloley said. She found a shift in the way that neurons detected and responded to glutamate, which reduced the neuron's ability to learn new information.

By giving some of the mice a drug to block glutamate before they had the series of head knocks, the investigators were able to confirm that glutamate was involved. The drug is already approved to treat Alzheimer's disease. In mice, the drug prevented cognitive ("thinking") problems.

According to Main, "This tells us that the cognitive issues we see in our head impact mice are occurring due to a change in the way the brain is working, and not because we have irreparable brain damage or CTE. It would be very unlikely that we would use a drug like this in young players as a neuroprotectant before they play sports because not all players will develop cognitive disorders. More likely is that we can use our findings to develop treatments that target the synapses and reverse this condition. That work is already underway."

The report was published May 10 in the journal Nature Communications.

For more on CTE, head to the Alzheimer's Association.