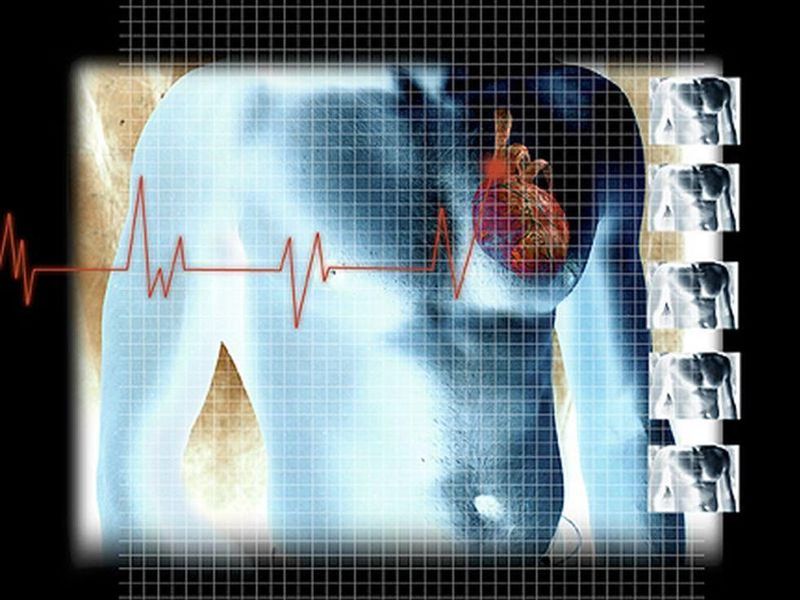 Fat Around Your Heart Could Be Especially Deadly

Too much fat around your heart could increase your risk of heart failure, especially if you're a woman, researchers warn.

They looked at nearly 7,000 45- to 84-year-olds across the United States who had no evidence of heart disease on initial CT scans. Over more than 17 years of followup, nearly 400 developed heart failure.

High amounts of fat around the heart -- pericardial fat -- doubled women's risk of heart failure and increased men's risk by 50%, according to findings published online May 24 in the Journal of the American College of Cardiology.

"For nearly two decades we have known that obesity, based on simple measurement of height and weight, can double one's risk of heart failure, but now, we have gone a step further by using imaging technology to show that excess pericardial fat, perhaps due to its location close to the heart muscle, further augments the risk of this potentially fatal condition -- heart failure," said lead researcher Dr. Satish Kenchaiah, an associate professor of medicine at Icahn School of Medicine at Mount Sinai in New York City.

But no matter whether people were thin, overweight or obese, excess fat around the heart increased the risk of heart failure.

The link between pericardial fat and heart failure was similar among all racial and ethnic groups in the study.

Kenchaiah said the findings are an important tool to group patients into higher and lower risk groups and could lead to better ways to prevent and treat heart disease.

"Additional studies are needed to confirm our findings," she added in a Mount Sinai news release. "Future research in this field should also focus on ways and means, such as eating a heart-healthy diet and staying physically active, to achieve and maintain optimal body weight and reduce and avoid fat deposition around the heart."