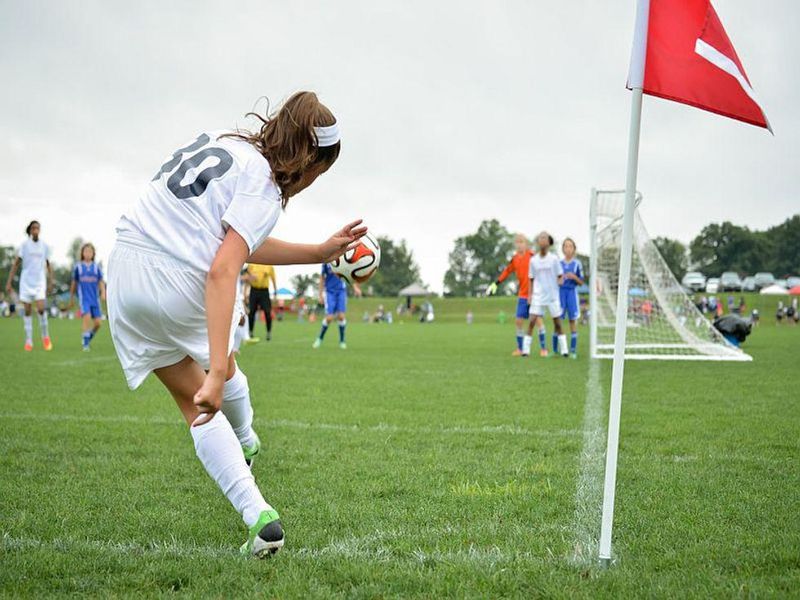 Why Are Sports-Linked Concussions Rising Among Girls?

Sports-related head injuries in male athletes tend to grab all of the headlines, but new research shows that female athletes are also increasingly at risk.

From 2000 to 2019, there was a threefold jump in sports-linked concussions seen among high school-aged girls. These injuries were most likely to occur during soccer, basketball, cheerleading, softball and volleyball, but they also happened during recreational activities such as roller-skating, skiing and dancing, the study found.

Exactly why concussions in female athletes appear to be on the rise is not fully understood yet. "It is likely a combination of more female athletes playing these sports and sustaining more injuries as well as better detection of concussions, given all of the awareness," said study author Dr. Robert Parisien, an orthopedic sports medicine surgeon at Mount Sinai Hospital in New York City.

For the study, the researchers tapped into the National Electronic Injury Surveillance System to see how many girls went to U.S. emergency departments for sports-related head injuries from 2000 to 2019. They compared this information with data on the number of girls who played high school sports during the same time frame.

And this is likely just the tip of the iceberg, he said. The study only looked at sports-related head injuries in girls who went to the emergency room for treatment. Not all people who suffer concussions go to the hospital for care.

"Parents, coaches, and athletic trainers need to be aware that females are at risk for sustaining sports-related concussions and closed-head injuries," Parisien said.

Every head injury should be evaluated by a coach or athletic trainer in the moment and possibly by a physician if symptoms are noted, he said.

"Most athletes who sustain concussions don't lose consciousness, and the vast majority don't have nausea or vomit either," Parisien said.

The signs of a concussion can be very subtle, added Gerry Gioia, chief of the neuropsychology division and director of Safe Concussion Outcome, Recovery and Education (SCORE) Program at Children's National in Washington, D.C.

"The No. 1 symptom is a headache," said Gioia, who has no ties to the new research. "Coordination can be thrown off, and players may take longer to process things cognitively after a blow to the head." Concussions are usually treated with rest and restriction of activities so the brain can recover.

"The good news is that we know a lot more about concussions now, and we can recognize and identify them better than we could in the past," Gioia said.

"It's been the guys' sports that have been the focus in terms of research for many years, so we don't have as much information on girls yet," he said.

Many questions remain about when, why and how female athletes sustain head injuries, Gioia said. Their brains may be different from boys or more vulnerable to certain blows due to hormonal differences between the sexes, he said.

"A better understanding of the mechanisms will help us move toward prevention and the development of screening tools for female athletes who are at high risk for sports-related head injuries," Gioia said.

The findings were presented virtually this week at the American Academy of Orthopaedic Surgeons' annual meeting. Research presented at meetings is typically considered preliminary until published in a peer-reviewed journal.

The U.S. Centers for Disease Control and Prevention offers information on recognizing concussions for coaches, parents, and athletes.