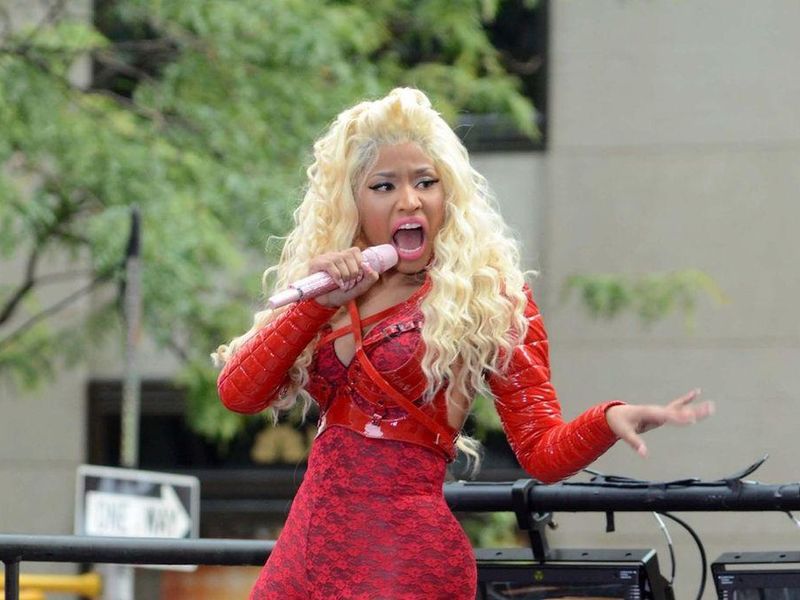 The White House has reached out to rapper Nicki Minaj over her concerns about the COVID-19 vaccine, which she said had caused swollen testicles in a friend of her cousin in Trinidad.

A White House official said Minaj was offered a call with a doctor to address her questions about the vaccine, after her message went viral on Twitter, various outlets report.

Minaj said on Twitter that she actually had been invited to the White House, but the Biden administration said she simply was offered a call.

"As we have with others, we offered a call with Nicki Minaj and one of our doctors to answer questions she has about the safety and effectiveness of the vaccine," a White House official told CBS News.

Minaj insists she was invited to visit in person. In an Instagram video posted Wednesday night, Minaj said: "Do y'all think that I would go on the internet and lie about being invited to the f****** White House?"

Minaj has faced global backlash after telling her more than 22 million Twitter followers that she would be skipping the Sept. 13 Met Gala in New York City because it required attendees to be vaccinated.

"If I get vaccinated it won't for the Met. It'll be once I feel I've done enough research," she tweeted on Monday. "I'm working on that now."

Minaj followed that up by tweeting that "my cousin in Trinidad won't get the vaccine cuz his friend got it & became impotent. His testicles became swollen. His friend was weeks away from getting married, now the girl called off the wedding."

No one in Trinidad has been able to confirm Minaj's story, Trinidad and Tobago Minister of Health Terrence Deyalsingh said in a news conference Wednesday.

"As we stand now, there is absolutely no reported such side effect or adverse event of testicular swelling in Trinidad, or I dare say … none that we know of anywhere else in the world," Deyalsingh said, according to CBS.

False rumors about the COVID vaccines causing infertility or reproductive problems have been working their way around social media for months, prompting vaccine hesitancy among young adults who want to start families.

"There are stories out there on the internet about how vaccination can lead to infertility," Collins told the Washington Post. "There's absolutely nothing to that. But when we look at people who are expressing hesitancy, in many instances those are women of childbearing age."

Minaj herself said Monday she'll likely get vaccinated, and even polled her Twitter followers on which vaccine they would recommend.

"A lot of countries won't let ppl work w/o the vaccine. I'd def recommend they get the vaccine. They have to feed their families," Minaj tweeted. "I'm sure I'll b vaccinated as well cuz I have to go on tour, etc."

The U.S. Centers for Disease Control and Prevention has more about COVID vaccines.