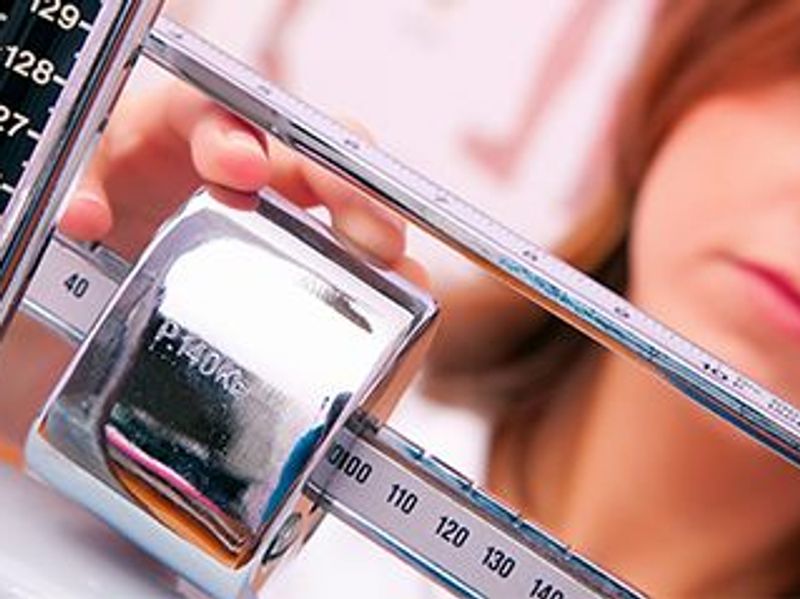 Colon cancer rates are increasing for younger Americans, along with rates of obesity. Could slimming down reduce young people's risk for malignancy?

A new study suggests that even a small amount of weight loss may cut your odds for benign growths in the colon known as adenomas, or polyps. Left unchecked, these growths can lead to colon cancer.

"We have two main public health messages based on our findings. The first is that avoiding weight gain in adulthood may help reduce colorectal adenoma risk. And that may, in turn, reduce the risk of developing colorectal cancer," said study author Kathryn Barry.

"And then the second message is that losing weight in adulthood, particularly for overweight and obese adults, may help reduce adenoma risk in addition to other potential health benefits," added Barry. She's an assistant professor at the University of Maryland School of Medicine, in Baltimore.

For the study, the researchers used self-reported weight data from the Prostate, Lung, Colorectal and Ovarian Cancer Screening Trial, which enrolled nearly 155,000 men and women aged 55 to 74 from 1993 to 2001.

They chose participants from the screening arm of the trial -- a group that received colon screening at baseline and again three or five years later.

The investigators found that weight loss in adulthood was associated with a 46% decreased risk of colon polyps.

The amount of weight lost was as small as 1.1 pounds per five years. This reduced risk from weight loss was especially clear in adults who were initially overweight or obese, particularly in men, the study found.

Conversely, adults who gained about six pounds over five years had a 30% increased risk, Barry said.

Looking to see if there was a particular time period driving the overall results, "we found for weight loss that our findings were stronger for the early to middle periods than the middle to late," Barry said. This could be because at younger ages weight loss might be more likely to be intentional rather than driven by disease.

The American Cancer Society estimates the United States will see more than 106,000 new cases of colon cancer in 2022, along with more than 44,000 cases of rectal cancer. Though the rates are dropping, there has been a rise in rates for folks under the age of 50.

The recommended age for colonoscopy and other screening techniques was reduced in 2021 to age 45.

While most studies that have looked at the impact of weight on colon cancer have considered weight gain, there's been little research on the role of weight loss, Barry said.

The findings were published Feb. 1 in JNCI Cancer Spectrum.

"I think they had some really, potentially, very important findings and very exciting findings, potentially, if these findings could be replicated," said Lauren Teras, senior scientific director of epidemiology in the department of population science at the American Cancer Society.

"The fact that they found that weight loss lowered the risk of colorectal adenomas particularly among those who started with a BMI over 25, or a BMI that was in the overweight or obese group as defined by the World Health Organization, was really particularly exciting," Teras added. (BMI stands for body mass index, a measure of body fat based on height and weight.)

Not many studies are able to research the impact of weight loss on cancer risk because losing weight can be so challenging for people, Teras said.

This study was small in terms of the numbers of people who lost weight, which is a limitation, she said. Yet the researchers were able to determine through screening before the study that none of the participants already had cancer at baseline, and everyone had the same opportunity to be screened, which is positive.

"These results give us a great starting point and some good hope that that is true, that losing some weight, a relatively small amount of weight, may actually lower risk of having an adenoma and ultimately colon cancer," Teras said.

Getting regular colon cancer screening is one of the best tools available in terms of reducing the chance of death from colon cancer, Teras said.

The study authors don't recommend weight loss for people who are already at a healthy weight, but it may benefit those who are overweight or obese.

Future studies should include more diverse populations, Barry said. Also, larger sample sizes would enable researchers to know more about what specific amounts of weight loss had the most impact.

"We'd like to promote healthy weight maintenance and avoidance of weight gain throughout adulthood to help lower the risk of colorectal adenoma and colorectal cancer," Barry said. "People who are overweight or obese may benefit from losing weight and reducing their risk."

The U.S. Centers for Disease Control and Prevention has more on colon cancer.