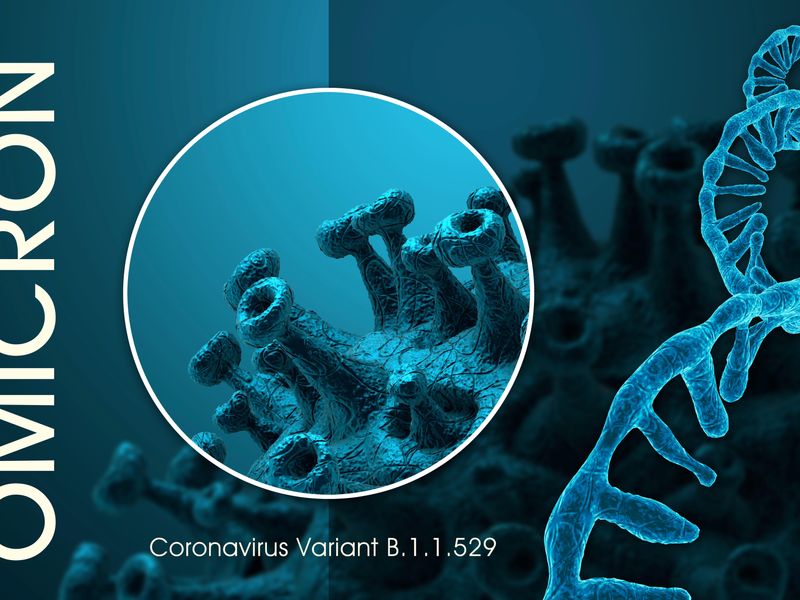 A "stealthier" version of the Omicron variant that has been spotted in the United States and dozens of other countries is being closely monitored by health officials and scientists.

The variant, called BA.2, has genetic traits that make it somewhat more difficult to detect, and some experts fear it may also be more contagious than that original Omicron variant, CBS News reported.

Nearly 15,000 genetic sequences of BA.2 have been uploaded since November by more nearly 50 countries to a global platform for sharing coronavirus data, including 96 sequences from the United States, CBS News reported.

BA.2 appears to be more common in Asia and Europe, and accounted for 45% of all COVID-19 cases in Denmark in mid-January, compared with 20% two week earlier, CBS News reported.

It's not known yet if the new variant causes more severe disease or if it's better able to evade vaccines. An early analysis by scientists in Denmark shows no differences in hospitalizations between the two versions of the variant. Still to be answered are how infectious this newer version is and how well vaccines work against it. It's also unclear how well treatments will fare against BA.2.

"Thus far, we haven't seen it start to gain ground" in the United States, Dr. Wesley Long, a pathologist at Houston Methodist in Texas, which has identified three cases of BA.2, told CBS News.

"We have some indications that it just may be as contagious or perhaps slightly more contagious than [original] Omicron since it's able to compete with it in some areas," Long said. "But we don't necessarily know why that is."

To start with, BA.2 has lots of mutations. About 20 of them are in the spike protein and are shared with the original Omicron, but this new version also has genetic changes not seen in the earlier variant.

It's unclear how significant those mutations are, especially in a population that has encountered the original Omicron, Dr. Jeremy Luban, a virologist at the University of Massachusetts Medical School, told CBS News.

Luckily, the two versions of Omicron have enough in common that it's possible that infection with the original mutant "will give you cross-protection against BA.2," Dr. Daniel Kuritzkes, an infectious diseases expert at Brigham and Women's Hospital in Boston, told CBS News.

Given the rise of BA.2 in some countries, the World Health Organization says investigations of the Omicron variant "should be prioritized," CBS News reported.

Visit the U.S. Centers for Disease Control and Prevention for more on COVID variants.