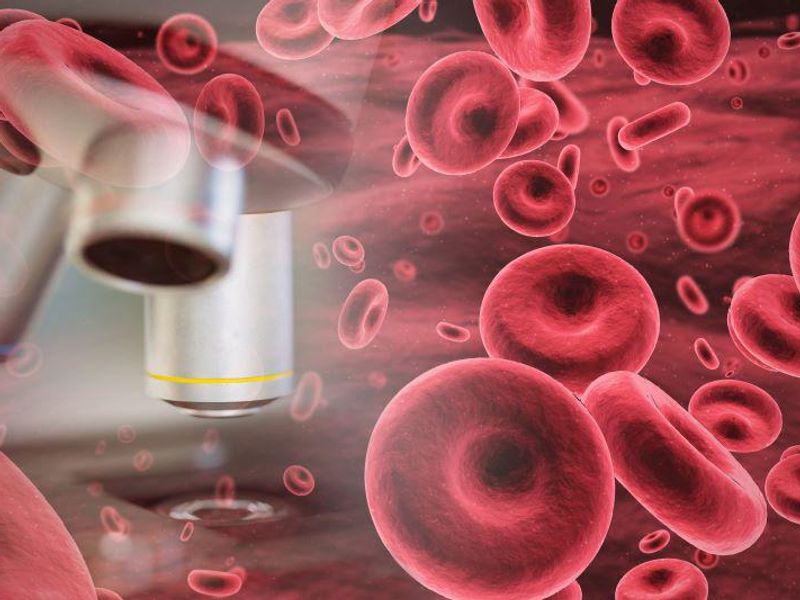 More than 10 years after Doug Olsen underwent an experimental gene therapy that turned his T-cells into cancer killers, his leukemia has vanished, University of Pennsylvania doctors report.

"I'm doing great right now. I'm still very active. I was running half marathons until 2018," Olson, 75, told the Associated Press. "This is a cure. And they don't use the word lightly."

Another patient, retired corrections officer Bill Ludwig, was also cured of his leukemia after receiving the one-time treatment, but has since died of complications from COVID.

Both cases were detailed in report published Wednesday in the journal Nature.

This is the first time CAR-T therapy has been studied for so long, and the results show that it can not only mount an immediate attack on cancer, but it can remain in the body for years to keep the disease in check, the researchers said.

The results from the two men mean "we can now conclude that CAR-T cells can actually cure patients of leukemia," said report co-author Dr. Carl June, the AP reported.

CAR-T involves taking a patient's T-cells -- white blood cells that play a crucial role in the immune system -- and genetically modifying them in the lab so that they will track and attack cancer cells. The modified cells are then placed back in the patient through an IV.

The researchers used new technology to isolate and analyze the two mens' T-cells. They found the modified cells evolved, with many turning into "helper" cells that work alongside and with the cancer-killing cells. Helper cells eventually became dominant in both patients.

The results are "incredible," Dr. Armin Ghobadi, an expert in gene and cellular immunology at Washington University in St. Louis, told the AP. He was not involved in the study.

The word "cure" is rarely used in cancer, but it appears these patients were "most likely" cured, Ghobadi said.

Tens of thousands of patients are now being treated with CAR-T cell therapies, which have been approved in the United States and many other countries to treat certain blood cancers, June said.

The first CAR-T therapy in this country was approved by the U.S. Food and Drug Administration in 2017, for treating childhood leukemia. It was developed by Penn and drugmaker Novartis, the AP reported.

The latest study was funded by the Novartis Institute for Biomedical Research and the U.S. National Institutes of Health.

Last year, a CAR-T cell therapy was approved for multiple myeloma, the most common type of bone marrow cancer in adults, and experts hope that the use of CAR-T for other cancers will expand in the future.

"But the big scientific challenge -- and it's a big one -- is how to make this work in solid cancers," like those in the lung, colon and other places, June told the AP.

Visit the American Cancer Society for more on CAR-T cell therapy and cancer.