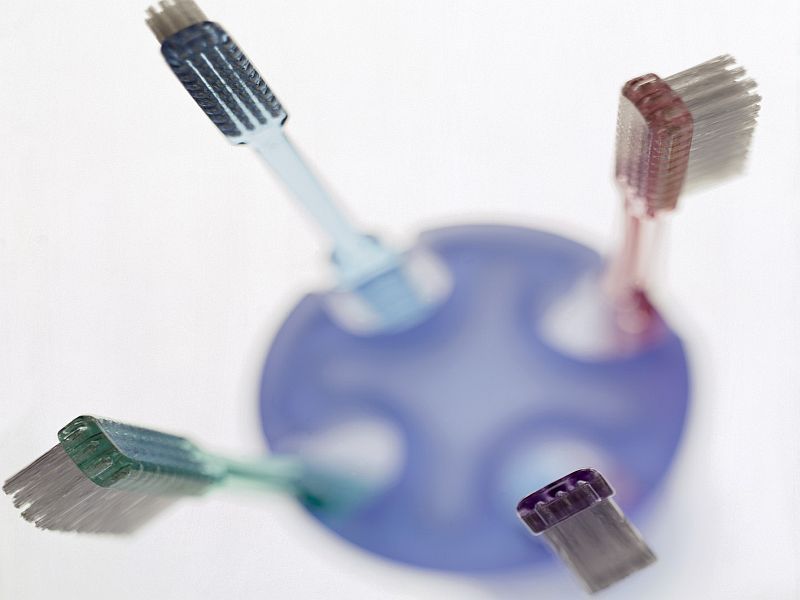 A Healthy Mouth Can Mean a Healthy Heart for Older Women

A new study offers more evidence that oral health is connected to heart health: Older women who harbor certain bacteria in their mouths might be at increased risk of developing high blood pressure.

The study, which followed 1,200 women for a decade, found that 15 types of mouth bacteria were linked to the odds of developing high blood pressure. Most were tied to an increased risk, but a few types were potentially protective.

The findings do not prove that microbes in the mouth directly influence blood pressure, said Michael LaMonte, a senior author on the study and a research professor at the University at Buffalo-State University of New York.

So it's not yet clear, he said, whether brushing and flossing can help control your blood pressure, too.

But the notion isn't far-fetched, either. Studies in recent years have found that people with severe gum disease, which is a bacterial infection, tend to have heightened risks of heart disease and high blood pressure.

One theory is that once gum disease sets in, "bad" oral bacteria may get into the systemic circulation and contribute to inflammation in the blood vessels.

Some research also suggests that people with high blood pressure tend to have a different oral microbiome than people with normal blood pressure. The "microbiome" refers to the trillions of bacteria and other microbes that dwell in the human body. Most of those bugs reside in the gut - but the mouth has its own large microbial community.

LaMonte's team wanted to find out whether specific oral bacteria were linked to the risk of developing high blood pressure in the future.

So they used data from 1,215 women who were part of a larger U.S. study called the Women's Health Initiative. The women, aged 53 to 81 at the outset, underwent a dental exam that included taking a plaque sample. Those samples were analyzed to determine the composition of the oral microbiome.

The findings, published March 2 in the Journal of the American Heart Association, do not answer the question of why.

But LaMonte pointed to one potential mechanism: nitric oxide (NO) production.

"Some of the bugs that live in our mouths provide a source of NO," LaMonte said. Nitric oxide matters because it helps relax blood vessels and regulate blood pressure.

One of the bacterial types identified in this study is involved in the NO process - but only one, LaMonte said.

That leaves open the question of what all the other bacteria might be doing to sway blood pressure.

And it's possible they are not directly doing anything. They may simply be a "marker" of something else, said Dr. Willie Lawrence, chair of the American Heart Association's National Hypertension Control Initiative Advisory Committee.

Lawrence, who was not involved in the study, noted the researchers tried to account for other factors that affect blood pressure. They included body weight, education level, and diet, exercise and smoking habits, along with certain health conditions like diabetes and high cholesterol.

But, Lawrence said, there could still be other reasons for the connection between oral bacteria and blood pressure.

"This is an interesting finding," he said, "and it tells us there may be more to blood pressure control than we understand. We need to keep an open mind."

LaMonte agreed there is a lot left to learn. For one, he said, studies should look at the link between oral bacteria and the risk of future high blood pressure in other populations, including men.

As for proving that oral bacteria, themselves, exert an effect, that would take an intervention study. One possibility, LaMonte said, would be a trial where people with elevated blood pressure are given probiotics designed to "shift the oral microbiome composition from bad to good," then see if that improves their blood pressure numbers.

Then there is the question of whether good oral hygiene - daily brushing and flossing, and regular dental checkups - can help maintain a healthy blood pressure.

"I think it could," LaMonte said. "But right now, we don't have the evidence to prove that."