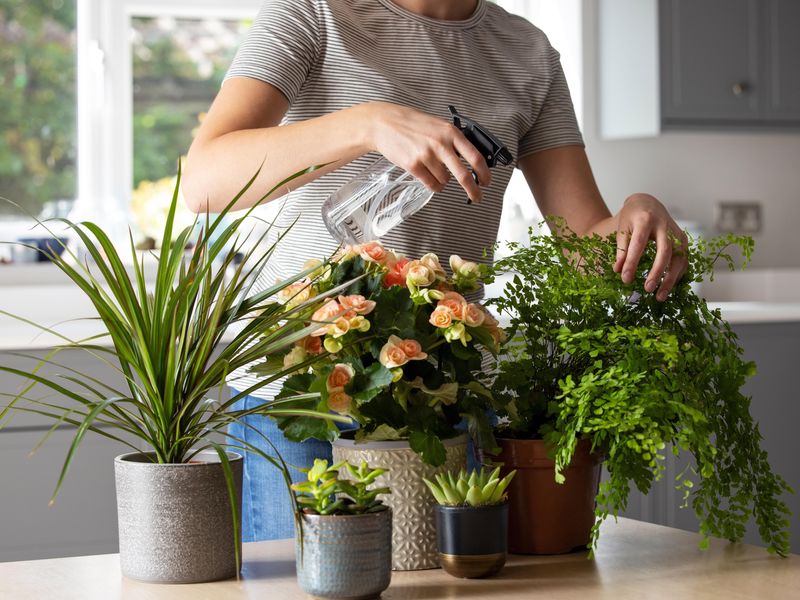 Your Houseplants May Help You Breathe Easier

Houseplants can make your home or office air cleaner, according to British researchers.

In lab tests, they found that three common houseplants -- peace lily (Spathiphyllum wallisii), corn plant (Dracaena fragrans), and ZZ plant or fern arum (Zamioculcas zamiifolia) -- could reduce levels of a common air pollutant called nitrogen dioxide (NO2) by as much as 20%.

"The plants we chose were all very different from each other, yet they all showed strikingly similar abilities to remove NO2 from the atmosphere," said lead author Christian Pfrang, of the University of Birmingham.

The plants aren't costly and are easy to maintain, the researchers noted.

For the study, a single plant of each variety was put into a test chamber containing levels of NO2 comparable to those in an office next to a busy road. Over an hour, all three species removed about half of the NO2 in the chamber.

Researchers then calculated what those results might mean for a small office and a medium-sized office with different levels of ventilation.

In a poorly ventilated small office with high levels of air pollution, five houseplants would reduce NO2 levels by around 20%, the study found. In a larger space, the reduction would smaller -- 3.5%, but could be increased by adding more plants, according to the findings.

It's not clear how the plants remove NO2 from the air, researchers said.

In earlier studies, they noted that indoor plants' ability to take up carbon dioxide (CO2) is "strongly dependent on environmental factors such as night time or daytime, or soil water content."

But Pfrang said that how the plants remove different gases appears to differ.

"We don't think the plants are using the same process as they do for CO2 uptake, in which the gas is absorbed through stomata -- tiny holes -- in the leaves," he said in a university news release.

"There was no indication, even during longer experiments, that our plants released the NO2 back into the atmosphere, so there is likely a biological process taking place also involving the soil the plant grows in -- but we don't yet know what that is," Pfrang said.

The study was recently published in Air Quality Atmosphere & Health.