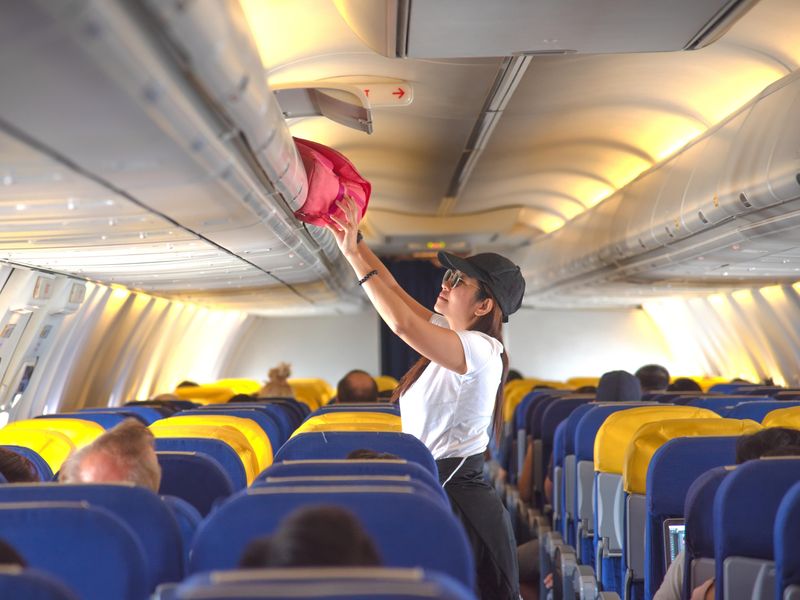 Just hours after a Florida judge struck down a federal mask mandate on planes and other forms of public transportation, major airlines announced Monday that they will no longer require face coverings on domestic flights.

The U.S. Transportation Security Administration (TSA) will also stop enforcing the mandate for now: A Biden administration official told reporters Monday evening that the court decision means the federal order is "not in effect at this time. Therefore, the TSA will not enforce its security directives" requiring masks, the Washington Post reported.

"This is obviously a disappointing decision," White House press secretary Jen Psaki said Monday, adding that the federal government will continue to recommend wearing masks in public transportation settings while deciding whether to appeal the ruling.

In the ruling, issued by U.S. District Judge Kathryn Kimball Mizelle of the Middle District of Florida, Mizelle said the mandate exceeded the U.S. Centers for Disease Control and Prevention's authority.

Mizelle ruled that the CDC, which had extended the mandate for air travel and public transit through May 3, fell short in its argument to keep the mask requirement in place for "sanitation." The CDC relied on the 1944 Public Health Service Act when it first imposed the mandate, according to the Post.

The judge, who was appointed by former president Donald Trump and clerked for Supreme Court Justice Clarence Thomas, ruled that the CDC had exceeded its legal authority, that it had improperly avoided notice and comment procedures, and that its mandate was "arbitrary and capricious."

Pressure to end the transportation mask mandate had been growing in recent weeks. In late March, 21 states, most of them led by Republicans, sued to immediately end the requirement. Days earlier, executives from 10 major airlines, including American, Southwest, United and Delta, had asked the Biden administration to end the mask mandate as well.

But in a March poll from the Kaiser Family Foundation, Americans were divided on their feelings about mask mandates on public transportation, with 48% saying it should be extended and 51% wanting it to expire.

Even as the highly contagious BA.2 subvariant fuels infections in the United States, with cases climbing in some northeastern cities, the TSA has reported that air travel is surging, with up to 2 million people flying every day, the Post said.

The Association of Flight Attendants-CWA, which represents nearly 50,000 flight attendants at 17 airlines, noted in a statement Monday that while legal uncertainties remain, passengers should try to be patient during the transition.

"Immediately, we urge calm and consistency in the airports and on planes. The last thing we need for workers on the frontlines or passengers traveling today is confusion and chaos," the association said. "In aviation operations, it is impossible to simply flip a switch from one minute to the next. It takes a minimum of 24 to 48 hours to implement new procedures and communicate this throughout the entire network. Policies and procedures must be updated and thoroughly communicated to hundreds of thousands of employees, along with millions of travelers. We encourage travelers to check the latest updates from airlines for specific travel requirements while airlines implement any new policies."

The U.S. government has more on COVID-19.