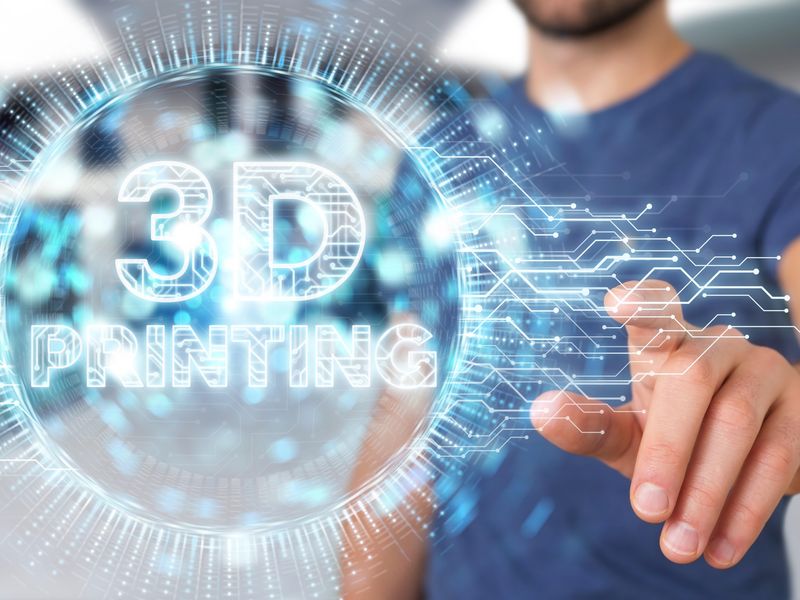 A 3-D printed ear made with the patient's own cells has been transplanted onto a 20-year-old woman, the company that made the ear says.

The achievement announced June 2 by 3DBio Therapeutics of New York City is believed to be the first known example of a 3-D printed implant made of living tissues. Experts hailed it as a major advance in the field of tissue engineering.

"It's definitely a big deal," Adam Feinberg, a professor of biomedical engineering and materials science and engineering at Carnegie Mellon University in Pittsburgh, told The New York Times.

"It shows this technology is not an 'if' anymore, but a 'when,'" said Feinberg, a co-founder of FluidForm, a Massachusetts-based regenerative medicine company that also uses 3-D printing. He is not affiliated with 3DBio.

The transplant patient is from Mexico and was born with a small and misshapen right ear. She received her new ear in March as part of the first clinical trial of a medical application of this technology, the Times reported.

The new ear was made to match the woman's left ear precisely. It will continue to regenerate cartilage tissue and have the look and feel of a natural ear, according to 3DBio.

Because the transplant used cells from the patient's own ear, the body is not likely to reject it, doctors and company officials noted.

3DBio did not reveal technical details of the process. It said data would be published in a medical journal after an ongoing clinical trial of 11 patients is completed, the Times reported.

"This is so exciting, sometimes I have to temper myself a little bit," trial leader Dr. Arturo Bonilla told the Times. He's the pediatric ear reconstructive surgeon in San Antonio who performed the woman's implant surgery.

"If everything goes as planned, this will revolutionize the way this is done," added Bonilla, who has no financial stake in 3DBio.

Company executives said further research could lead to use of the 3-D printing technology to make other replacement body parts, including spinal discs, noses and knee cartilage, as well as reconstructive tissue for lumpectomies, and eventually even vital organs such as livers, kidneys and pancreases.

Other 3-D printed tissue implants are in development, but this appears to be the first one being tested in a clinical trial, James Iatridis told the Times. He's the head of a spine bioengineering laboratory at Mount Sinai's Icahn School of Medicine in New York City.

The early-stage trial is evaluating the reconstructive procedure for patients with microtia, a rare birth defect in which one or both outer ears is absent or underdeveloped. About 1,500 babies are born with microtia in the United States each year.

The University of Pittsburgh has more about regenerative medicine.