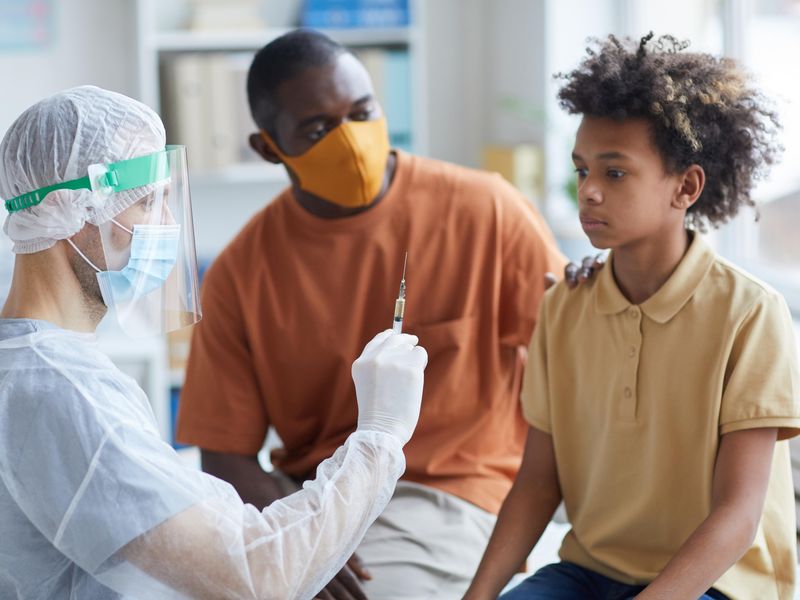 Roughly 25 million children around the world missed critical vaccinations during 2021, as the pandemic continued to disrupt routine medical care, a new report from the World Health Organization and UNICEF shows.

"This is a red alert for child health. We are witnessing the largest sustained drop in childhood immunization in a generation. The consequences will be measured in lives," UNICEF Executive Director Catherine Russell said in a news release issued Friday. "While a pandemic hangover was expected last year as a result of COVID-19 disruptions and lockdowns, what we are seeing now is a continued decline. COVID-19 is not an excuse. We need immunization catch-ups for the missing millions or we will inevitably witness more outbreaks, more sick children and greater pressure on already strained health systems."

Between 2019 and 2021, vaccine coverage dropped to 81%, with a 5-point drop recorded in the percentage of children who received three doses of the vaccine that protects against diphtheria, tetanus and pertussis. The vaccine, DTP3, is used by the two international agencies as a marker for broader vaccine coverage.

"As a result, 25 million children missed out on one or more doses of DTP through routine immunization services in 2021 alone. This is 2 million more than those who missed out in 2020 and 6 million more than in 2019, highlighting the growing number of children at risk from devastating but preventable diseases," the UN officials said.

Nearly two-thirds, or 18 million, of the children, most of whom live in low and middle-income countries, didn't receive even one dose of the childhood vaccine.

Decreases were also seen in HPV vaccinations, with over a quarter of the coverage achieved in 2019 lost, and measles, with first-dose coverage dropping to 81% in 2021. WHO officials noted this is the lowest level since 2008 and means 24.7 million children missed their first dose in 2021.

No region of the world was spared, with the most dramatic declines seen in East Asia and the Pacific region.

The biggest factors behind the shift include conflict or other fragile settings, a growing vaccination misinformation campaign and COVID-19-related issues.

"Planning and tackling COVID-19 should also go hand-in-hand with vaccinating for killer diseases like measles, pneumonia and diarrhea. It's not a question of either/or, it's possible to do both," WHO Director-General Tedros Adhanom Ghebreyesus said in the news release.

Members of the international vaccine-advocacy group Agenda 2030 are asking world governments and other groups to help address this drop in vaccinations, CNN reported. The group said it hopes there will be increased efforts for catch-up vaccinations, implementing health strategies that people trust, and strengthening health information and disease surveillance systems to track and monitor future health data.