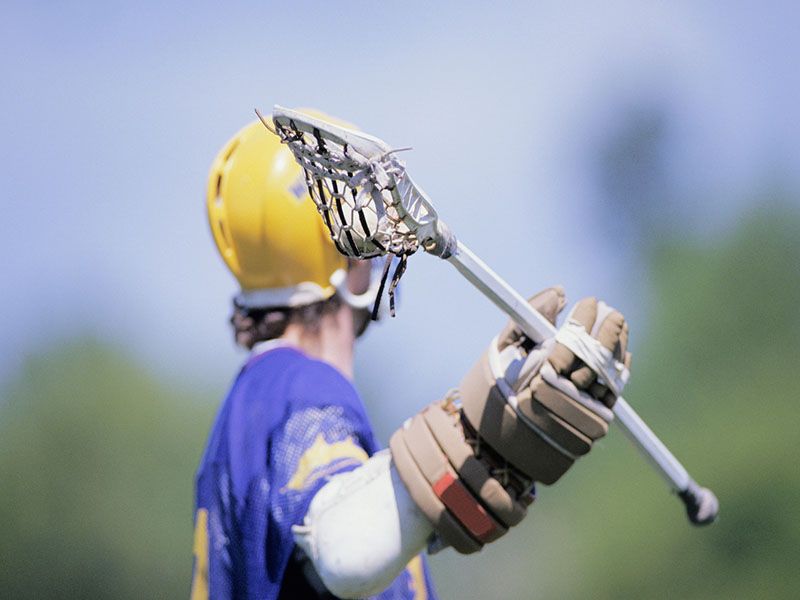 Their risk of concussion is lower than that of players in states without such a mandate, a new study reports. Most states let players decide whether or not to wear protective helmets.

The National Federation of State High School Associations (NFHS) announced in June that it would take a greater role in the rules-writing process with USA Lacrosse. The announcement fueled speculation about a possible helmet mandate.

Girls' lacrosse is the nation's fastest-growing high school sport. Before the pandemic, participation had jumped nearly 54% over a decade, according to a team led by Dr. Daniel Herman, director of sports medicine research at the University of California, Davis.

Because of non-contact rules for girls' lacrosse, mouthguards and eyewear are the only required protective equipment. However, unintentional concussions and head impacts are common, the researchers noted.

Use of soft-shell headgear that meets international safety standards has been allowed since 2017 in response to concerns about the amount of incidental contact in the game. Some, however, contend the gear leads to more aggressive play, adding to the risk of injury.

They drew on data from a nationwide registry called the High School National Athletic Treatment, Injury and Outcomes Network (NATION). Athletic trainers use the registry to enter information about injuries.

Concussions were defined as wounds sustained during a match or practice and identified by an athletic trainer, doctor or other health care provider.

Between 2019 and 2021, 141 concussions were reported across all practices and games. Of those, reporting was not mandatory for 116. The overall rate for every 1,000 exposures was 0.39, according to the report.

And the rate of concussions was higher among those who were not required to wear headgear (0.44) than in the group with a mandate to do so (0.27).

For both groups, the concussion rate was higher during games than in practice, and it was noticeably higher (74%) during games for players who didn't have to wear headgear, according to the report published online Aug. 24 in the British Journal of Sports Medicine.

Because not all high schools have access to athletic training services or the NATION monitoring program, the study authors said their findings may not apply there. Schools without such services are more likely to be in disadvantaged areas, the authors noted in a journal news release.

While noting that the study did not compare injury rates before and after Florida passed its headgear mandate, the researchers said their results were "highly encouraging" for athlete safety in high school girls' lacrosse.

The researchers said it is possible that protective headgear might have similar effects in different populations — including athletes in developmental, youth or club sports and college players.

USA Lacrosse has headgear rules and regulations across the states.