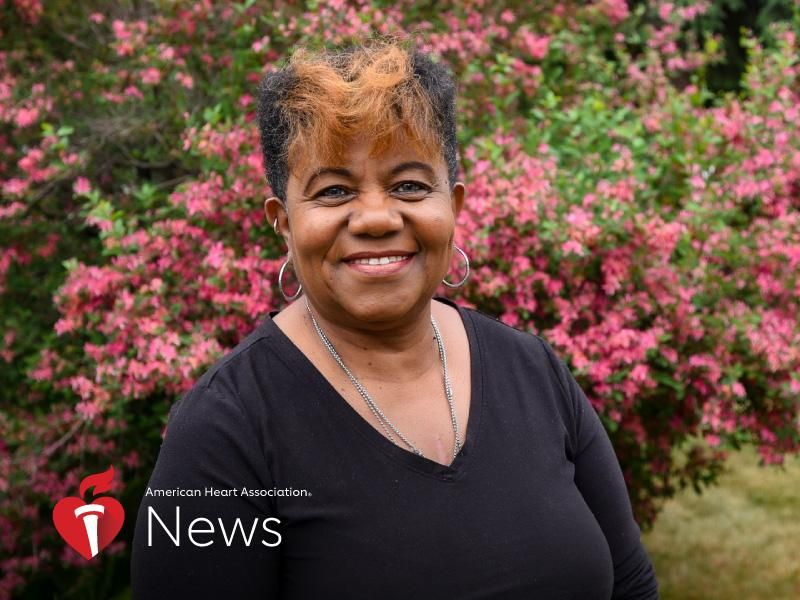 Vonnie Gaither hated leaving a reunion of extended family in Baltimore. Still, she had to tear herself away to start the trek back home to Anchorage, Alaska.

Her flight from Baltimore to Salt Lake City was uneventful. After boarding the plane bound for Anchorage, she buckled up and called a friend to let her know she was on her way.

She then slumped over. A pair of flight attendants walking down the aisle to check that passengers were wearing their seat belts found her. She was unresponsive and didn't have a pulse.

One attendant, James "Hutch" Hutchison, performed CPR. Another went to retrieve an automated external defibrillator. The AED sends an electric pulse or shock to the heart to restore a normal heart rhythm.

A jolt on the plane failed to generate a sustained rhythm. Gaither was being taken away from the plane, toward rescue workers inside the airport, when she was given a second jolt on the breezeway. Her heart required a third jolt in the ambulance on the way to a hospital in Salt Lake City.

Meanwhile, Gaither's adult daughter, Toi Gaither Registe, who was living near her mother in Anchorage, got a call from one of her mother's friends who told her what had happened.

Registe booked the first flight to Salt Lake City. She was headed to the Anchorage airport when she tracked down a doctor who could explain what happened.

The heart attack was caused by a 90% blockage that had required three stents.

While Registe was on the plane, she overheard flight attendants talking about someone who'd needed CPR on the last flight. She could tell they were shaken up. Then it hit her: She was on the return trip of the plane her mother had been on.

"That was my mother you're talking about," she told them.

When the plane landed, the crew requested that passengers stay in their seats to allow Registe to exit first. They wanted her to get to the hospital as soon as possible.

When Gaither woke up from an induced coma the next day, she thought she had died. Along with Registe, several other family members had flown to Salt Lake City, including her son, who lives in Ohio. Her ex-husband, the children's father, had driven in from Las Vegas.

"I looked up and saw all these people in my life lined up against the wall," Gaither recalled. "It was the weirdest sensation."

The next day, Hutchison – one of the flight attendants who helped save her life – came to see how she was doing. Registe greeted him with a big hug.

Gaither was discharged within a week, just in time for Registe to throw her a subdued but welcome "55 and Alive" birthday party.

That summer, in 2007, Gaither got serious about improving her health.

"Heart disease runs in my family, but I never gave it a lot of thought," she said. "It's one of those things where you don't think it's going to happen to you."

Registe, who is a fitness coach, cheered her mother on as she went to cardiac rehabilitation. The two also took walks and did home workouts together. Between exercising and eating healthier meals, Gaither lost about 20 pounds.

Alas, diet and exercise proved to be no match for her family history.

That December, doctors found a buildup of plaque around her arteries because of scar tissue from one of the stents. She needed triple bypass surgery to redirect blood around the compromised arteries in the heart.

Now, 15 years later, Gaither is a decade into retirement from being a school career counselor. She devotes much of her time to abstract painting. She's working on a large decorative panel for a neighborhood recreation center in Anchorage.

"Painting is sort of my therapy," she said.

She and Hutchison have remained in touch. Every year around her birthday, she thanks him for enabling her to celebrate that milestone.

Hutchison is now retired, too. After 42 years of flying, he lives in Ogden, Utah. He said helping Gaither was one of the highlights of his career.

"I've had to go through a quadruple bypass myself, so that's another bonding issue we have," Hutchison said. With a laugh, he added, "I'm a mess, but thank God I was able to help Vonnie."

Gaither takes medication to keep her cholesterol and blood pressure down, as well as blood thinners. She sees a cardiologist every six months. She recently learned she has the early stage of another blockage.

She acknowledges she's struggled to sustain the healthier lifestyle she adopted following her heart attack. She's gotten away from eating healthier meals and has been less active, gaining back the weight she'd lost.

"I know I need to exercise more," Gaither said. "It's hard to stay motivated, but my two grandsons give me a good reason."

Now that travel is again picking up amid the pandemic, Gaither hopes to visit more friends and family, including those grandsons; they're Registe's boys, and the family lives in Las Vegas.