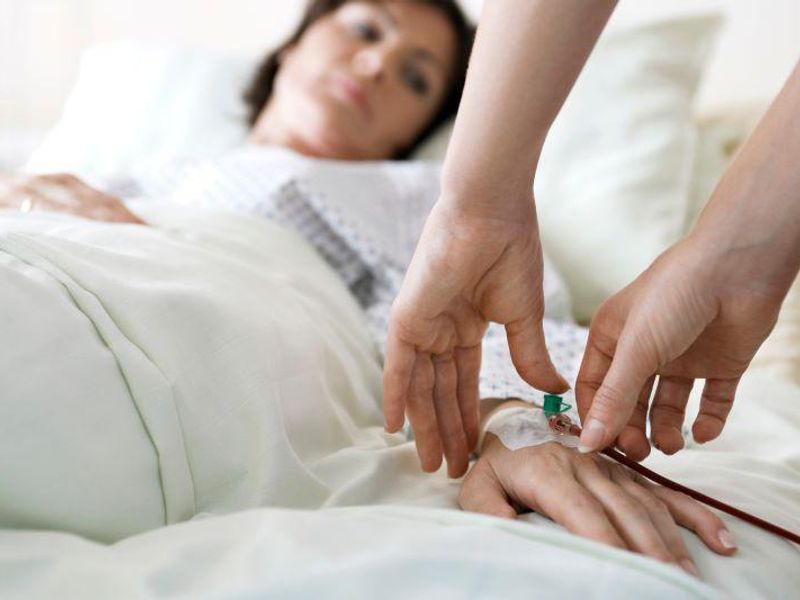 Too Often, Women Aren't Told of Sexual Side Effects of Cancer Treatments

When a man has cancer in an area that affects sexual function, his doctor is likely to discuss it with him.

But the same is not true for a woman who has cancer in a sex organ, according to new research. Investigators found 9 in 10 men were asked about their sexual health, yet only 1 in 10 women received the same care.

"There seems to be a big disparity in the way we approach sexual dysfunction with our patients, where female patients are asked about sexual issues much less often than male patients are," said lead author Dr. Jamie Takayesu. She is a radiation oncology resident physician at the University of Michigan Rogel Cancer Center.

"Equally importantly, we see this trend on a national level in clinical trials," Takayesu said.

The findings were presented at the annual meeting of the American Society for Radiation Oncology, in San Antonio.

In the United States, about 13,000 women are diagnosed with cervical cancer each year, while more than 220,000 men have new cases of prostate cancer.

Radiation therapy and other treatments are often used in both cases.

The potential for long-term side effects, including sexual dysfunction, is important to consider, Takayesu said. About 96% of patients with prostate cancer and 67% of those with cervical cancer survive for at least five years.

In brachytherapy for prostate or cervical cancer, doctors insert radioactive sources directly into the tumor. This can affect organs in the genital region.


About half of the women who receive cervical brachytherapy experience sexual side effects, among them uncomfortable and sometimes painful changes to vaginal tissue and dryness, according to the research team.

Somewhere between one-quarter and half of men who receive prostate brachytherapy end up with erectile dysfunction during, after or well after treatment.

“Culturally, there are differences in how we talk about sexual dysfunction that affects men versus women. We see ads on television about erectile dysfunction, for example, but there's no equivalent to these for women," Takayesu said in a meeting news release.

For the study, researchers combined analyses of institutional data and national clinical trials.

The authors reviewed consult notes in the records of 201 patients who were treated with brachytherapy for prostate cancer or cervical cancer between 2010 and 2021.

Doctors discussed sexual health with about 89% of men compared to 13% of women. Doctors assessed none of the women using a patient-reported outcomes tool, but did so with 81% of the men.

"The potential long-term quality-of-life side effects, including their impact on sexual health, must be adequately discussed during consultation, so patients are fully informed [about treatments]," said Byun. He's also a clinical instructor in radiation oncology at NYU Grossman School of Medicine.

According to the study authors, some of the reasons for the disparities may be that for prostate cancer, patients have multiple treatment options, some of which affect sexual health. In comparison, cervical cancer doesn't have the same variety of treatments.

And while men can choose between sexual dysfunction medications approved by the U.S. Food and Drug Administration, few to none exist for women.

"The only tools that we commonly recommend for women are lubricants and dilators, but even these are not great options," Takayesu said.

“It's easy for us to prescribe different medications for our male patients, but for our female patients, we don't have that first step. I think that creates a barrier to bringing these issues up,” she said.

Doctors need to start asking female patients about their sexual health more frequently. “If we don't know about problems, we can't solve them,” Takayesu said.

Byun agreed. "Educate and communicate -- ask your patients what is important to them so you can best serve them," he advised.