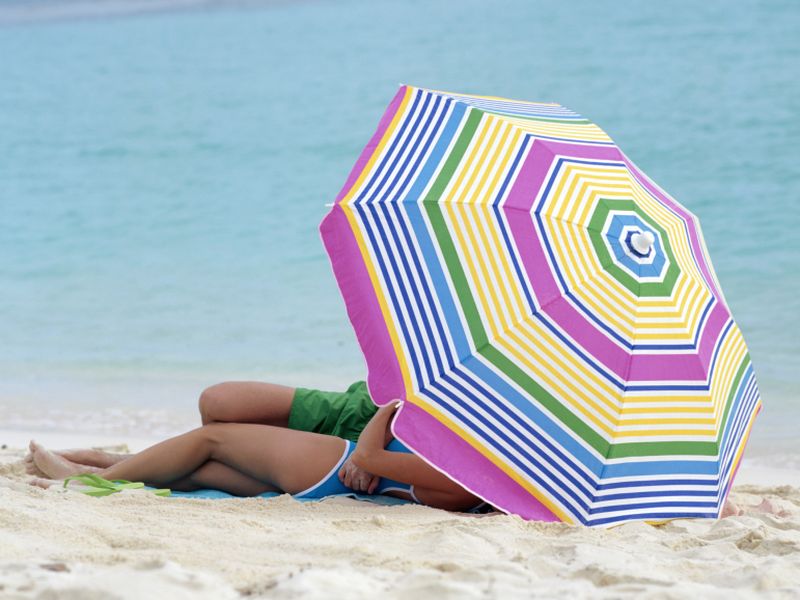 Summertime means fun time, but you still need to follow some basic health and safety precautions.

Dehydration is a common summer problem and often results in dizziness, dry mouth and lightheadedness. But it also can be more severe, according to Dr. Ravi Rao, a family medicine physician at Penn State's medical center.

Mild dehydration can be corrected by drinking water or other drinks that contain electrolytes, while more severe cases are treated with intravenous fluids.

"Hydration is big -- especially if you are out in the sun. You should be drinking one or two glasses of water every hour," Rao said in a Penn State news release.

Drink more if you're physically active and are sweating more, or if you're having alcohol or caffeinated drinks. "If you are drinking, you should alternate alcoholic drinks with water," Rao said.

Sun protection is also key. When outside, apply sunscreen with an SPF (sun protection factor) of at least 30 every one to two hours, especially if you're going in the water. Use sunscreen even if it's cloudy because the sun's rays are still getting through.

"That's when people get burned the most because they're getting the same exposure but without the heat that signals them to get out of the sun," Rao said.

Even with sunscreen, you should take breaks from the sun by using an umbrella or spending time in the shade because "cumulative [sun] exposure can increase your cancer risk," he explained.

Ticks are another summer hazard. Use a Permethrin spray on clothing, an insect repellent with DEET on exposed skin, and check for ticks before heading indoors.

"People with dogs are actually at higher risk because they can bring them in the house," Rao said.

And if your summer fun includes travel to another country, be sure to make an appointment for any necessary vaccinations as soon as possible.

"Sometimes people come in a week before their trip, and that's too late," Rao said. "Some of the vaccinations are a two- or three-shot series so you need to start a couple of months ahead."

The National Safety Council has more on summer safety.