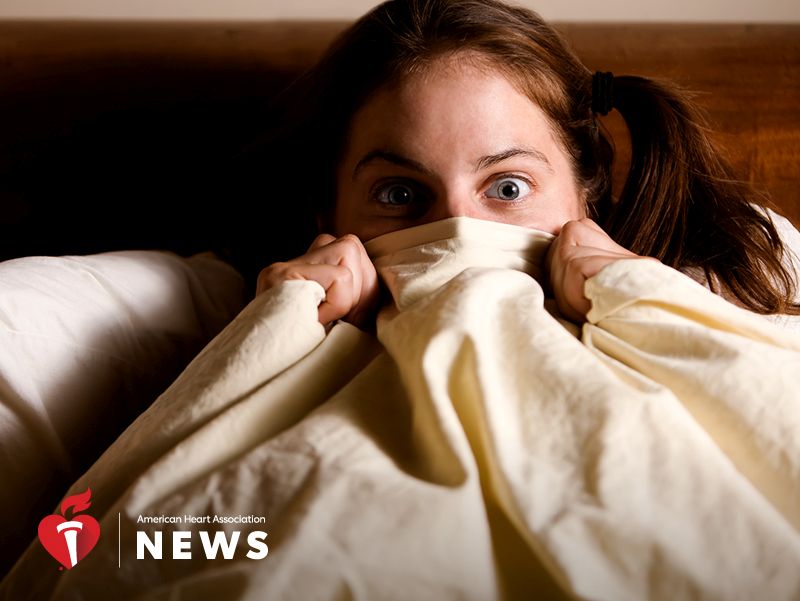 AHA: Can You Really Be Scared to Death?

Every year around Oct. 31, as horror films, haunted houses and pranksters in creepy costumes try their best to give you a fright, the question arises: Can a person literally be scared to death?

The answer is a very conditional "Yes." But, experts say, it's extraordinarily unlikely to happen from Halloween hijinks.

"Those circumstances are extremely rare when that happens," and pre-existing conditions are typically a factor, said Dr. Mark Estes, a cardiologist and professor of medicine at the University of Pittsburgh Medical Center.

When a person is frightened or perceived to be in danger, the brain triggers a surge of adrenaline, which makes the heart beat faster and pushes the body instantly into "fight-or-flight" mode. It also affects the liver and pancreas, triggers perspiration and pushes blood toward major muscle groups.

"It's measured on how big the scare is," said Dr. Vincent Bufalino, a cardiologist and president of Advocate Medical Group in Downers Grove, Ill. He said the more dangerous adrenaline surges come from the body's response to a life-threatening situation or the stress of discovering the deceased body of a loved one.

"You can have a sudden cardiac-related event related to an adrenaline surge, but I think it would be a stretch to say you could get that from someone coming in a werewolf costume to your front door," he said. "This is the kind of thing that you can't prepare for. If it happens, it happens, and you hope your body doesn't overreact to that event."

People can typically get an adrenaline rush from skydiving or bungee jumping -- even while watching a horror flick from the couch. More dangerous adrenaline surges come from life-or-death moments such as getting out of the way of an oncoming car or fleeing a tornado.

"Swings of emotion and roller coasters are OK for people who are young, who have a healthy heart," Estes said. "But certainly, in people with pre-existing risk factors or pre-existing cardiovascular disease, you want to reduce the environments in which you might be suddenly stressed like this."

People are able to prepare themselves when they go to a haunted house or get on an amusement park ride, so their risk isn't the same as when they find themselves in life-threatening danger.

"The human mind and the human body do have the ability to prepare themselves for situations that can be anticipated that might be stressful and generally handle them much, much better," Estes said. "It is the sudden, unexpected things which tend to cause a dramatic increase in heart rate and blood pressure and put people with pre-existing cardiovascular disease at risk."

A possibly dangerous result of sudden stress may come from takotsubo cardiomyopathy, a weakening of the heart's main pumping chamber that is typically caused by emotional or physical stress. The temporary condition affects women significantly more than men.

Also known as broken-heart syndrome, takotsubo cardiomyopathy is different from a heart attack in that arteries are not blocked but blood flow is negatively affected nonetheless.

"Adrenaline is a funny thing," Bufalino said. "We can't measure it. The precipitating events are diverse. Your response to an event might be different than mine."

Occasional rushes from adrenaline can be good for you, sometimes leading to increased cognitive function. But prolonged stress and an abundance of stress hormones over time can have negative effects, such as high blood pressure or anxiety.

"It's hard for us to be precise in saying, 'This event led to a certain amount of adrenaline that led to a cardiac event.' They're sporadic at best," Bufalino said.

And there's little that can be done to prevent being frightened to death, he said, but being in good shape may help.

"Those folks who are used to dealing with adrenaline with exercise probably have a blunted response" because their higher cardiovascular fitness level may allow their body to better handle an adrenaline surge, Bufalino said. "I would speculate that aerobic exercise might be preventative or at least modify the body's response (to adrenaline)."