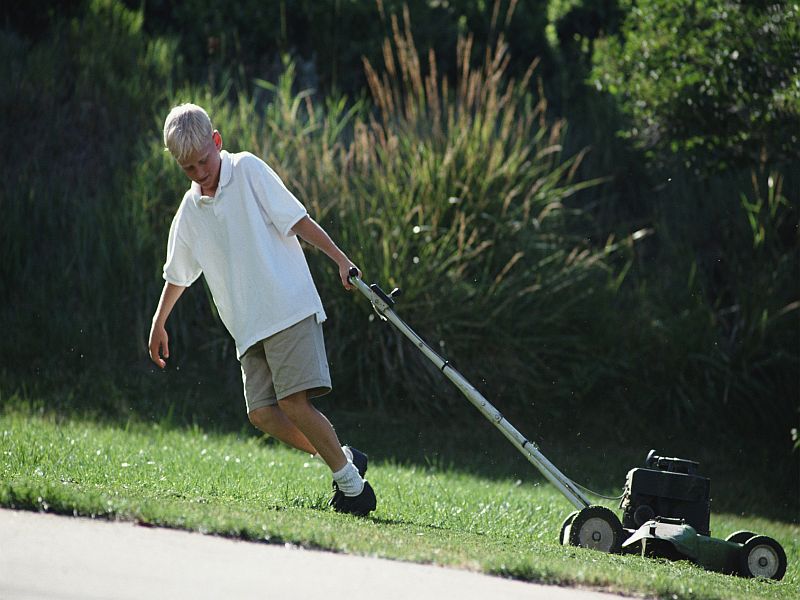 You now have an excuse to skip cutting the grass every weekend -- it's beneficial for the bees.

And mowing your lawn less often to provide native bees a better habitat won't lead to an increase in disease-carrying ticks, experts say.

When research ecologist Susannah Lerman began urging friends and colleagues to leave lawns a bit longer to help the bees, the "first thing people said was that letting the grass get longer would invite ticks," she recalled.

"It was clear that before we could make the case for promoting lawns as bee habitat, we had to understand the tick risk," Lerman added.

She and Vince D'Amico, a fellow USDA Forest Service research entomologist, studied whether less frequent mowing of 16 residential lawns in Springfield, Mass., over two summers could benefit native bees without increasing the risk of ticks.

The researchers found 111 bee species on the lawns -- about one-quarter of all known bee species in Massachusetts. They also dragged a cloth across the lawns in search of ticks. In 144 tick drags, done with grass at various heights and mowing frequencies, they failed to find a single blacklegged tick. Also called deer ticks, the insects can carry Lyme disease, a bacterial infection that can make people seriously ill.

The study was published online April 3 in the journal PLoS One.

The researchers said the study has some "obvious limitations" -- they looked for only one species of tick and only studied 16 lawns in a single city.

"Still," Lerman said, "our study has two significant take-aways: you do not necessarily invite ticks if you mow the lawn every other week instead of every week, and common assumptions about nature are always worth investigating; scientists may be surprised by what we find."

While there's no doubt that blacklegged ticks lurk in people's yards, a lawn is probably too dry for them, according to D'Amico.

"This species needs near 100% humidity for at least part of the day," he explained in a U.S. Department of Agriculture Forest Service news release. "Where we have leaf litter, the ticks do very well."

In the United States, about 40 million acres of lawn managed by homeowners, businesses, government agencies and cemeteries have the potential to become habitat for threatened native bee species.

The U.S. Geological Survey has more on native bees.