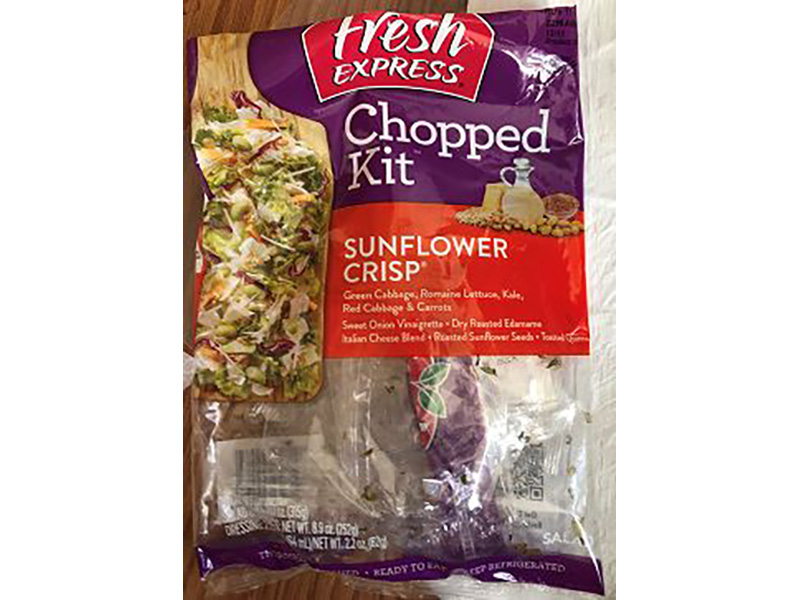 As of Dec. 9, there have been four cases of E. coli O157:H7 in Minnesota, three in Wisconsin and one in North Dakota. Three people have been hospitalized. No deaths have been reported.

Consumers should not eat, and restaurants and retailers should not serve Fresh Express Sunflower Crisp Chopped Salad Kits with UPC 0 71279 30906 4, beginning with lot code Z, and a best before date up to and including 07DEC19, the FDA said.

This notice has also been issued by the Public Health Agency of Canada.

This E. coli strain affecting patients in this outbreak is different from the strain of the larger E. coli O157:H7 outbreak linked to romaine lettuce from Salinas, Calif., according to the FDA.

The source of the ingredients in the salad kits is being investigated and health officials are trying to determine which ingredient may have been contaminated with E. coli.

Further information will be provided as the investigation progresses, the FDA said.

Eating or drinking food or water contaminated with certain types of E. coli can cause mild to severe gastrointestinal illness, with symptoms such as severe stomach cramps, diarrhea, fever, nausea and/or vomiting beginning from a few days to as many as nine days after consuming contaminated food.

In some cases, E. coli infections can cause severe bloody diarrhea and lead to serious conditions such as kidney failure, high blood pressure, chronic kidney disease and neurologic problems.

People who suspect that they have an E. coli infection should contact their health care provider, the FDA advised.