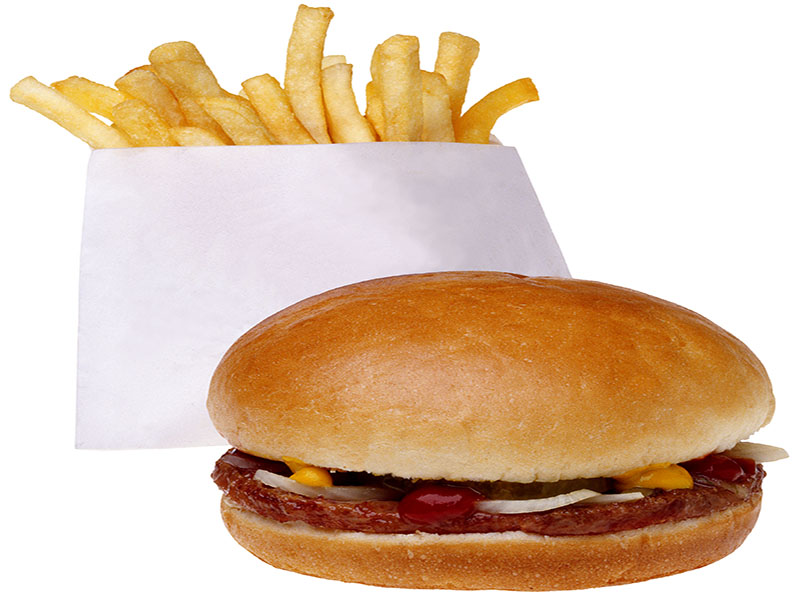 Fatty Diets Tied to Leading Cause of Vision Loss in Seniors

Diets heavy in red meat and fatty foods could help spur a leading cause of vision loss in older Americans, new research suggests.

The study found that people who ate more typical Western diets were three times more likely to develop an eye condition that robs you of your central vision -- late-stage age-related macular degeneration.

"What you eat seems to be important to your vision, and to whether or not you have vision loss later in life," said study lead author Amy Millen. She's an associate professor in the department of epidemiology and environmental health at the University at Buffalo's School of Public Health and Health Professions, in Buffalo, N.Y.

"People know that diet influences cardiovascular risk and the risk of obesity, but the public may not know that diet can affect vision loss," Millen said.

Age-related macular degeneration occurs when a part of the eye called the macula is damaged. Sometimes this happens when deposits called drusen grow on the macula. Or it can occur when new blood vessels keep forming and leak blood, scarring the macula, according to the American Academy of Ophthalmology.

The study included almost 1,300 people from a nationally representative sample. Most did not have macular degeneration. There were 117 who had early AMD, and 27 had late.

All of the study participants completed surveys about their diets twice during the 18-year study.

The researchers sorted the foods into 29 categories to measure the quality of the diet.

They found that people who ate a more Western diet were much more likely to develop late-stage AMD. Foods linked to a higher risk included:

"Diet is one way you might be able to modify your risk of vision loss from age-related macular degeneration," Millen said, especially if you have a family history of the disease.

She noted that since the study was observational, it couldn't prove that eating healthy foods would reduce the risk of AMD, but she said it did show the foods you probably don't want to eat often.

Dr. Avnish Deobhakta, an ophthalmologist at the New York Eye and Ear Infirmary of Mount Sinai in New York City, wasn't involved with the study, but said he wasn't surprised by the findings.

Both Millen and Deobhakta said inflammation caused by a less healthy diet and stress on the cells in the eyes (oxidative stress) are likely behind the increased risk.

"The eyes are a sentinel for the rest of the body. In the tiny blood vessels of the eyes, even small changes that you would not otherwise notice in other organs, you will notice in the eyes," Deobhakta said.

So can you make up for a lifetime of eating poorly? That's not known. But both experts said that a healthy diet -- full of vegetables (especially dark, leafy greens) and fruits and fatty fish -- contains important nutrients for eye health, including lutein and zeaxanthin.

"It's difficult to switch the way you eat overnight, but this is almost certainly a decades-long process, so try to slowly move toward more virtuous behavior with food. Try to supplement your current diet with more leafy vegetables and increase your consumption of fish," Deobhakta said.

And both experts strongly advised no smoking.

The study was published in the December issue of the British Journal of Ophthalmology.

Learn more about macular degeneration from the American Academy of Ophthalmology.