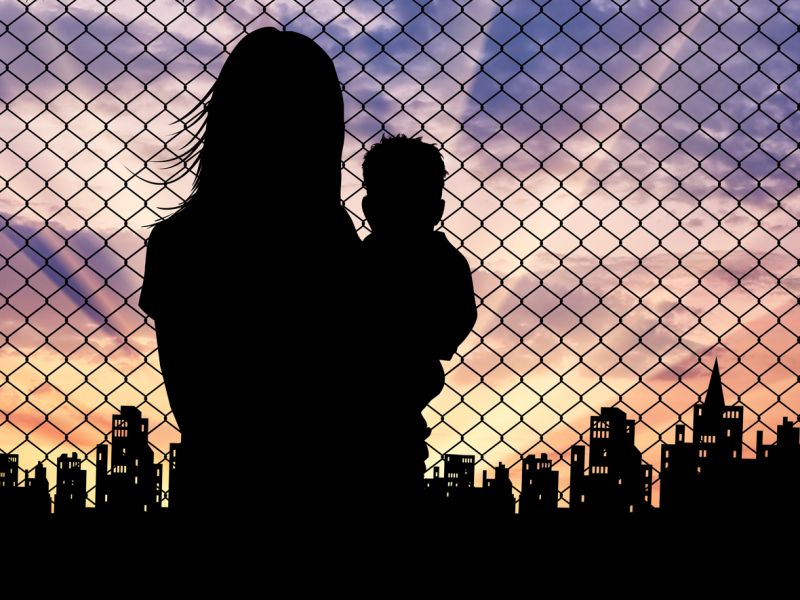 As if being a teen mom isn't hard enough, two-thirds of young mothers are grappling with at least one mental health issue, researchers say.

And close to 40% of mothers under 21 years of age have more than one issue, including depression, anxiety and hyperactivity, according to the research team from McMaster Children's Hospital in Ontario, Canada.

That's up to four times higher than in teens who aren't parents and among mothers who are 21 and older, the findings showed.

"Now that we understand that young mothers can struggle with problems other than just postpartum depression, our findings can be used to develop better screening processes, more effectively detect mental health problems in teenaged mothers, and direct treatment," said Dr. Ryan Van Lieshout, an associate professor of psychiatry and behavioral neurosciences at McMaster University.

"We hope that this sparks partnerships between health care, educational and social service organizations so that we can meet the needs of this vulnerable population," Van Lieshout said in a university news release.

The study findings are based on diagnostic interviews with 450 mothers under age 21 and 100 other mothers aged 21 and older, conducted between 2012 and 2015.

"Young mothers can face a great deal of adversity both before and after becoming a parent, yet next-to-nothing has been known about the rates and types of significant mental health problems among these women in our community," Van Lieshout said.

"We did this study to better understand these problems so that we can help to improve outcomes for young mothers and their families," he explained.

The study was recently published online in the Journal of Adolescent Health.

The U.S. Centers for Disease Control and Prevention has more on teen pregnancy.