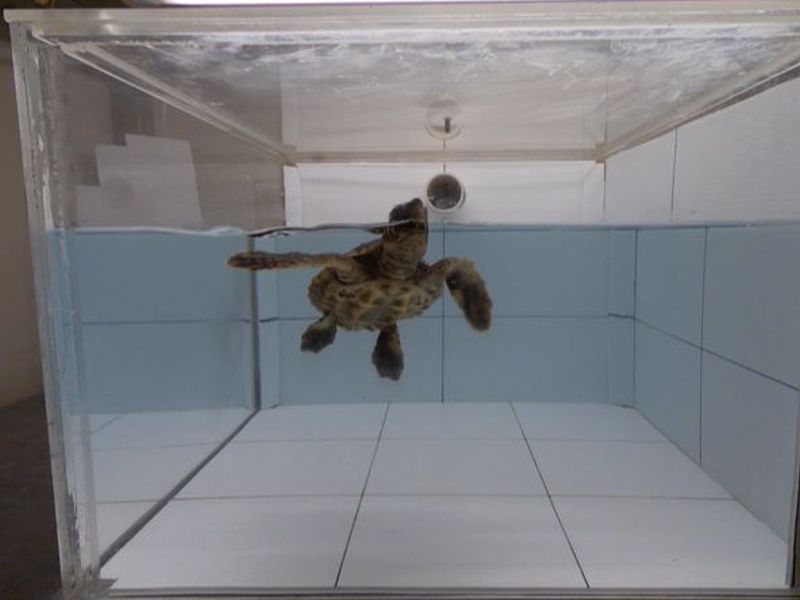 Plastic Smells Like Lunch to Sea Turtles, Putting Them at Risk: Study

Sea turtles worldwide are threatened by marine plastic debris, mostly due to eating it and getting tangled in it, noted the authors of the study published March 9 in the journal Current Biology.

"We found that loggerhead sea turtles respond to odors from biofouled plastics in the same way they respond to food odorants, suggesting that turtles may be attracted to plastic debris not only by the way it looks, but by the way it smells," said Joseph Pfaller, a biologist at the University of Florida.

This might help explain why sea turtles eat and become entangled in plastic so often, he added.

Biofouling is the accumulation of microbes, algae, plants and small animals on wet surfaces -- something that happens to plastics in the ocean.

It's long been thought that when sea turtles see plastic debris, they mistake it for prey, such as jellyfish. But little was known about the sensory mechanisms that might attract sea turtles to plastic, so researchers investigated with 15 young loggerhead turtles raised in captivity.

They assessed how the turtles reacted to different odors. The takeaway: The turtles responded to biofouled plastic the same way they responded to their food, which contains fish and shrimp meal.

"We were surprised that turtles responded to odors from biofouled plastic with the same intensity as their food," Pfaller said in a journal news release.

"We expected them to respond to both to a greater extent than the control treatments, but the turtles know the smell of their food since they've been smelling and eating it in captivity for five months. I expected their responses to food to be stronger," he said.

More study is needed to find out why turtles are attracted to the smell of stinky plastic.

"The plastic problem in the ocean is more complex than plastic bags that look like jellyfish or the errant straw stuck in a turtle's nose," Pfaller said. "These are important and troubling pieces to the puzzle, and all plastics pose dangers to turtles."