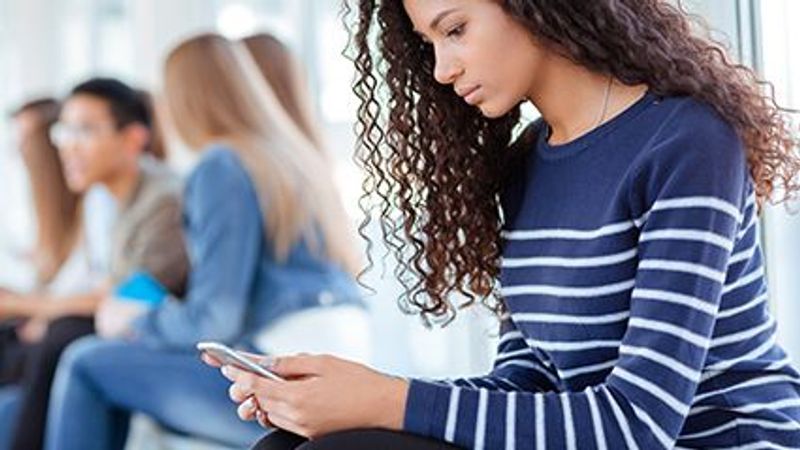 Too Much Social Media Time Could Raise Risk of Depression

Young adults who spend hours a day on social media are at heightened risk of developing depression in the near future, new research suggests.

In recent years, a number of studies have linked heavy social media use to an increased risk of depression.

"But then you have to ask the chicken-and-egg question," said study author Dr. Brian Primack, a professor of public health at the University of Arkansas, in Fayetteville.

So Primack and his colleagues decided to see whether social media use made a difference in young adults' risk of future depression.

It did, according to their report, which was published online Dec. 10 in the American Journal of Preventive Medicine.

The study included nearly 1,000 adults aged 18 to 30 who were depression-free at the outset, based on a standard questionnaire. All reported on their usual social media time and were assessed for depression again six months later.

By that time, nearly 10% fit the criteria for depression.

Primack noted that the findings do not definitively prove cause and effect.

However, he added, his team accounted for factors like people's education level, income, race and whether they were employed. They also asked participants whether they'd experienced childhood traumas like physical abuse and emotional neglect, which are also risk factors for depression.

Even then, excessive time on social media predicted a higher depression risk.

And, Primack said, there was no evidence the relationship went the other way: Among 299 other study participants who were depressed at the start, there was no increase in social media use over time.

Nathaniel Counts is senior vice president of behavioral health innovation for the nonprofit Mental Health America. He said the researchers did a good job of accounting for other factors that could explain the link between social media use and depression.

However, depression is complicated, and it's difficult to tease out the role of a single factor, Counts added.

For example, he said that a young person could be dealing with a difficult family situation, then start to spend more time on social media as an escape. That online time might precede depression, but not be a cause of it.

Things get more complicated still because individuals vary, as do their reasons for using social media. Both Primack and Counts said the ways in which young adults use those platforms is likely key.

"If you're positively engaging with new friends," Counts said, "that's different from passively scrolling through your news feed and comparing yourself to other people."

He pointed out that young people who commonly feel marginalized -- LGBTQ youth, for example -- may find supportive communities online.

The study lacked "nuanced" data on how people used social media, Primack said. "We don't know if they were having angry rants online, or clicking 'like' on pictures of cute puppies."

But, he added, most people use social media in various ways, not just one: Someone might go online to connect with friends, Primack noted, then end up scrolling through "the reels of other people's lives, and coming away with a feeling of 'I don't measure up.'"

Primack suggested that people try to regularly take stock of how they feel after using social media.

"Just as in all areas of life," he said, "it's good to look at our habits and ask, what are my feelings right now? What are my responses? Is this serving me?"

Counts agreed. "In general," he said, "we don't always take time to reflect. Is this a productive use of my time?"

But both also said individuals should not bear all the responsibility.

Social media platforms could be better designed -- with not only marketing in mind, but users' mental well-being, too, Counts said.

"How do we, as a society, monitor where we are and where we want to be?" he said.

Primack described the new findings as a "cautionary tale."

"Social media is still a new tool," he said. "And it may be something that we're not using optimally."