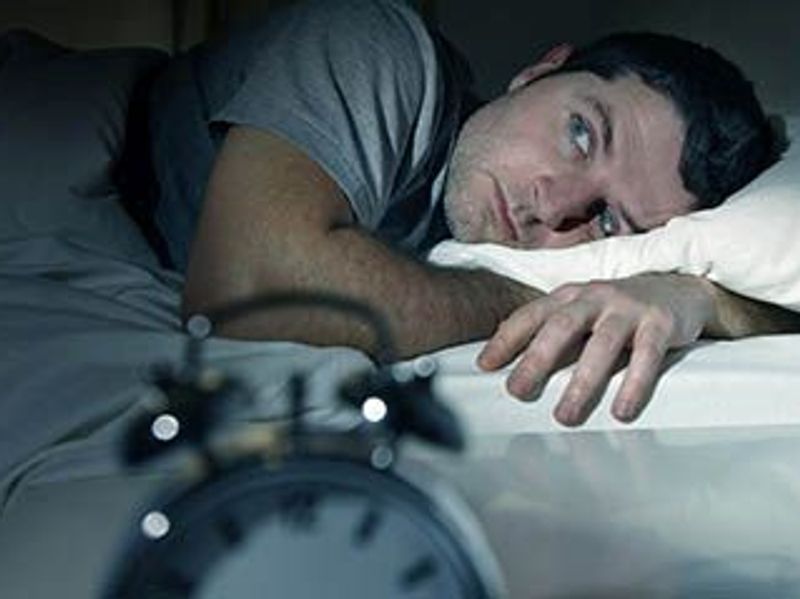 A steady sleep routine may do more than keep you well-rested: New research suggests that the more swings in your slumber schedule, the worse your mood and depression symptoms are likely to be.

Researchers from Michigan Medicine followed the sleep patterns of interns in their first year of residency after medical school. That irregular sleep schedule can increase a person's risk of depression as much as getting fewer overall hours of sleep or staying up late most nights, according to the study.

The scientists used fitness trackers to determine the sleep and activity of more than 2,100 early-career physicians. They gathered mood data by asking the interns to report their daily mood on a smartphone app and to take quarterly tests for signs of depression. The researchers tracked the information for an average of two weeks before the doctors' internships began and four months during their intern year.

Interns already had long, intense workdays and irregular schedules, which made them a group that could be readily studied. With an average age of 27 and having completed their medical degrees, they were not representative of the broader population.

"These devices, for the first time, allow us to record sleep over extensive time periods without effort on behalf of the user," said Dr. Cathy Goldstein, an associate professor of neurology and physician in the Sleep Disorders Center at Michigan Medicine.

Interns whose devices showed they had variable sleep schedules were more likely to score higher on standardized depression symptom questionnaires and to have lower daily mood ratings, as were those who regularly stayed up late or got the fewest hours of sleep, the study authors said in a Michigan Medicine news release.

The findings add to what's already known about the association between sleep, daily mood and long-term risk of depression, the researchers said.

Dr. Srijan Sen, who leads the larger Intern Health Study, said, "These findings highlight sleep consistency as an underappreciated factor to target in depression and wellness."

The Intern Health Study is funded by the U.S. National Institute of Mental Health and the American Foundation for Suicide Prevention. The latest findings were published online Feb. 18 in the journal npj Digital Medicine.

The U.S. Centers for Disease Control and Prevention has more on sleep and sleep disorders.