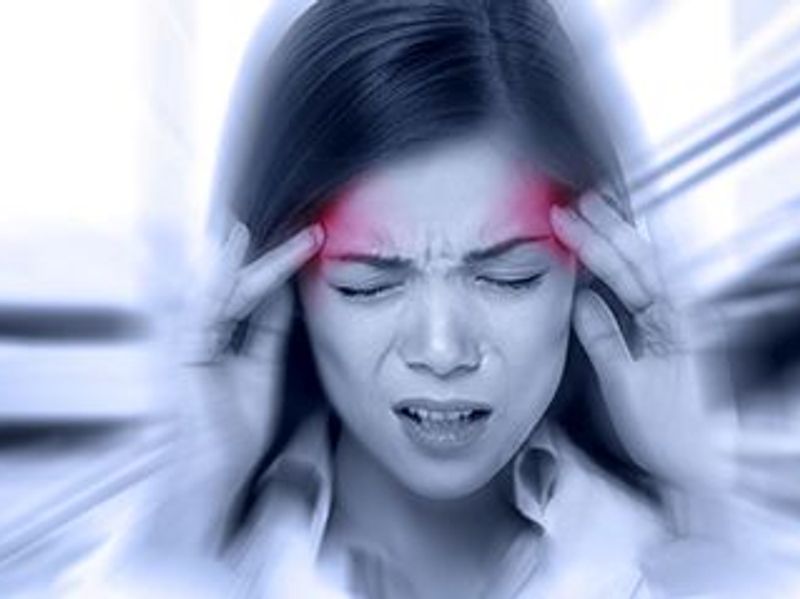 Anyone who gets frequent migraine symptoms knows the experience: the throbbing, the pain, the visual disturbances.

Exercise has long been a potential way to reduce migraine triggers, but a new study suggests it could be an especially effective with triggers such stress, depression and trouble sleeping.

"It's a complex relationship, but we know that exercise, generally speaking, helps increase levels of good neurotransmitters, like dopamine, norepinephrine, serotonin, which contribute to not only fewer headaches, but also better mood and overall well-being," said study author Dr. Mason Dyess, senior fellow at the University of Washington School of Medicine.

Study participants completed a questionnaire about their migraine characteristics, sleep, depression, stress and anxiety. They also answered questions about how much moderate to vigorous exercise they got each week -- jogging, very brisk walking, playing a sport, heavy cleaning and bicycling, for example.

Researchers divided participants into five groups by frequency of exercise ranging from none to more than 150 minutes per week, the minimum recommended by the World Health Organization (WHO). About 27% got the recommended amount or more.

Participants who got less exercise than recommended had increased rates of depression, anxiety and sleep problems, the study found.

Researchers found that 47% of the people who did not exercise had depression; 39% had anxiety, and 77% had sleep problems.

By comparison, about 25% of the most active group had depression; 28% had anxiety; and 61% had sleep problems.

The study also found a link between exercise and headache frequency. In the no exercise group, 5% had zero to four headache days a month, while many more -- 48% -- had 25 or more headache days per month.

Dr. Mark Green, a member of the National Headache Foundation's Health Care Leadership Council, and a professor of neurology at the Icahn School of Medicine at Mount Sinai in New York City, urged migraine sufferers to be cautious about their exercise routines.

Consistency is key, whether it comes to exercise or other activities that can be beneficial, such as controlling caffeine, wake and sleep hours, eating and hydration, said Green, who wasn't part of the study.

He suggests his patients begin a routine of walking on a treadmill for 3 1/2 miles at an incline of 4 degrees every day. He recommends increasing the angle, not the speed, if someone wants more of a workout.

"I don't want it to be jogging. I want it to be walking fast. Three and a half doesn't sound like anything, but it's actually faster than you think at 10 degrees," Green said. "That tends to work out well."

Migraine is complex and people who experience it do so for a variety of reasons. Yet there are some vital common denominators, Green said.

In addition to low-impact exercise, Green advises his patients to eat multiple small meals a day, get consistent hydration and maintain consistent sleep schedules. He tells patients they need not limit caffeine intake but they also should not vary their caffeine routine.

"I tell people with migraine you have a brain that doesn't like change -- it likes constancy," Green said.

Researchers noted that the study only shows a link between exercise and migraine triggers and doesn't prove cause and effect.

The findings will be presented at the American Academy of Neurology's annual meeting, held online April 17-22. Research presented at meetings is typically considered preliminary until published in a peer-reviewed journal.

Dyess suggested migraine sufferers work more activity into their daily life. He recommended starting with gentle yoga, then building up to a brisker routine. That could include jogging, depending on the patient, he said.

"Exercise is such a cheap and accessible treatment option for people that's just widely underutilized," Dyess said. "I think awareness is powerful in this situation. It really can change lives anywhere and everywhere if utilized by patients."

The U.S. National Institute of Neurological Disorders and Stroke has more information on migraine.