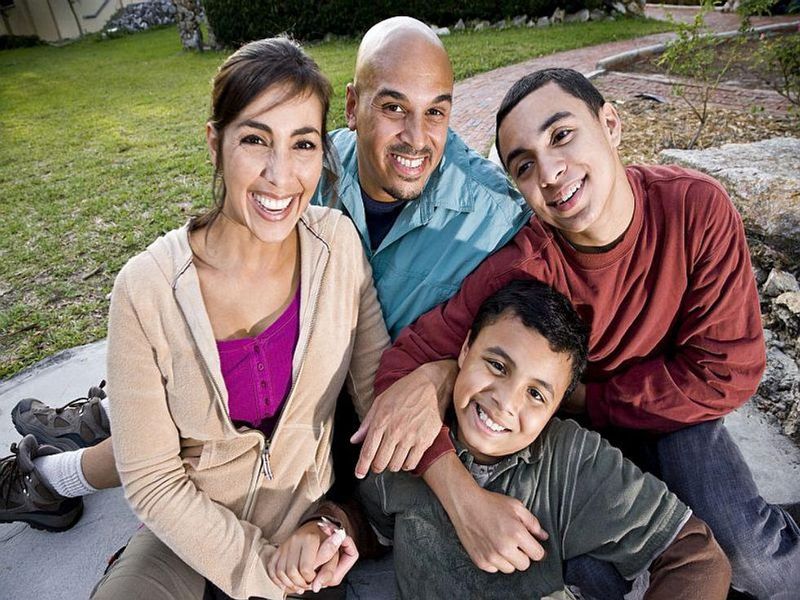 Hispanic people in the United States have lower cancer rates than white people, but they are much more likely to develop certain preventable cancers.

"The good news is that overall cancer rates are lower in Hispanic people, but we are seeing very high rates of infectious disease-related cancers, many of which are potentially avoidable," said study author Kimberly Miller, a scientist at the American Cancer Society in Atlanta.

Rates of liver and stomach cancer were approximately two times higher among Hispanic people than white individuals, the study found. Hepatitis infection increases the risk of liver cancer, and an infection with a bacterium known as Helicobacter pylori, or H. pylori, can lead to stomach cancer. Both of these infections can be caught and treated early so they don't progress to cancer.

And therein lies the problem: lack of access to routine health care and cancer screenings, Miller said. The Hispanic population has the highest percentage of people without health insurance in the United States, the study authors noted.

For the new study, the researchers used government databases to look at rates of cancer among Hispanic men and women from 2014 through 2019. Overall, they had 25% to 30% lower rates of cancer and deaths from cancer for all cancers combined.

"About a third of the Hispanic population is foreign-born, and foreign-born individuals tend to have substantially lower rates of the most common cancers, including lung, colorectal, female breast and prostate," Miller said.

The Hispanic community is heterogeneous, and there is wide variation in risks and rates of cancers by place of birth and whether people identify as Mexican, Cuban, Puerto Rican or another nationality, Miller added.

In addition to having higher rates of stomach and liver cancer, Hispanic women are more likely to develop cervical cancer than their white counterparts, the study found. Regular screening can identify cervical cancer in its early stages.

Hispanic women are also more likely to be diagnosed with advanced breast cancer compared with white women, likely due to lack of regular screening mammograms that can pick up breast cancer before it starts to spread.

The ongoing COVID-19 pandemic may worsen these disparities. "We know that the Hispanic community was hit harder by the pandemic than many other racial and ethnic groups," Miller said. "Many lost employment and health insurance, and were afraid to go to the doctor and get recommended cancer screenings."

Miller and her colleagues published their findings online Sept. 21 in CA: A Cancer Journal for Clinicians.

Commenting on the report, experts who were not involved with the study agreed that understanding racial and ethnic disparities in cancer is the first step toward shoring them up.

Calling the new study "very important," Dr. Edith Perez said that "identifying cancer incidence and comparative data by ethnicity -- and uncovering opportunities for actionable activities to improve patient outcomes -- are highly relevant, tangible steps towards progress in reducing cancer disparities." Perez is a professor of medicine at the Mayo Clinic in Jacksonville, Fla., and chair of Stand Up to Cancer's health equity committee.

And according to Dr. Shalom Kalnicki, chairman of radiation oncology at Montefiore Medical Center in New York City, "The new research is very pertinent to further study and to further action."

There are many reasons for these gaps. "It may be based on not having a stable community due to changes of residences that come with job and socioeconomic challenges, lack of guaranteed care if cancer is found, and lack of cultural comprehension about the ability to cure early-stage cancer versus the idea that cancer is a lethal disease," Kalnicki said.

Grassroots education and awareness are the best ways to help break down these barriers and lower cancer rates in these communities, he suggested.

Dr. Amanda Rivera, a radiation oncologist at Montefiore Medical Center, agreed. "We need to do more as a medical community to get out there and educate people and get them to come in for screening and make sure they understand that finding cancer early can have an impact on the outcome."

Rivera practices what she preaches. She often goes out into these communities to better reach at-risk individuals. "Hearing the patient out and asking about their fears and educating them about facts can get them more engaged," she said.

For example, Rivera said that she often speaks to Hispanic patients in Spanish to help gain their trust. "As soon as I stop speaking English and start speaking Spanish, the patient becomes more alert and engaged, and more trusting of what I have to say," she said.