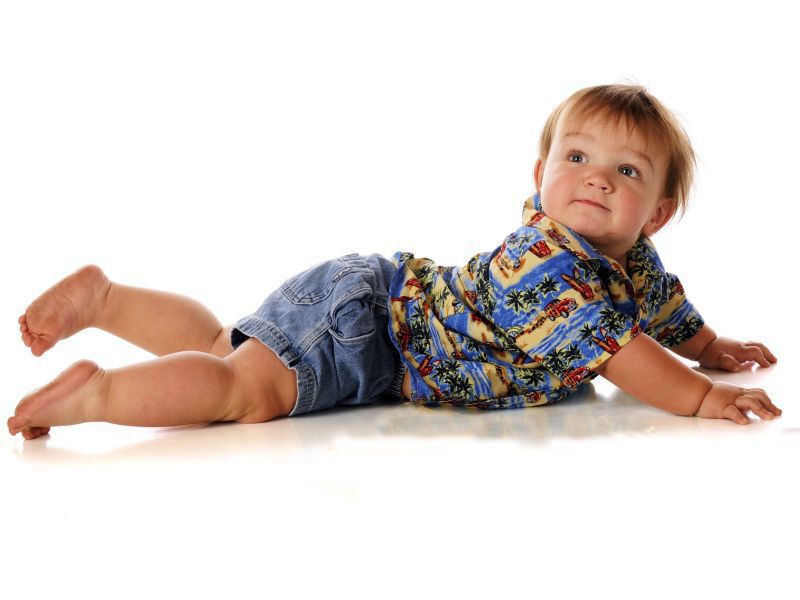 Omega-3 fatty acids -- good fats found in fish -- can boost the heart health of adults, but a new study suggests that babies might also stand to benefit from them.

In the study from Australia, infants were given a daily fish oil supplement or a placebo from birth to 6 months. When they were 5 years old, researchers found that the children who had been given fish oil had smaller waists than the youngsters who were given a placebo. A larger waist circumference is a known risk factor for heart disease, according to the American Heart Association.

The researchers also found that boys given fish oil supplements in infancy had less circulating insulin in their bodies and less resistance to insulin when they were 5, though the study could only show an association between the two. Insulin is a hormone that carries sugars from the foods you eat into your cells to be used as fuel. Insulin resistance and higher levels of insulin play a role in the development of type 2 diabetes.

"It seems that using fish oil could help decrease waist circumference, which by itself, is a major cardiometabolic risk factor. But we can't say for sure yet whether this will last," said pediatric endocrinologist Dr. Siham Accacha. She was not involved in the study, but reviewed its findings.

"I'm also not sure why the insulin findings were only in boys. At age 5, there are no pubertal hormones, but obviously there was something there," said Accacha, director of the pediatric diabetes program at NYU Winthrop Hospital in Mineola, N.Y.

The study's lead author is Valene See from the University of Western Australia. For the research, the mothers of 420 infants were recruited during pregnancy in Perth, Australia. The moms had a history of allergies and low fish intake.

The babies were randomly assigned to receive either a 650-milligram fish oil pill or a placebo containing olive oil every day for the first six months of their lives. The capsules were pierced and then squirted into their mouths.

When the children were 5 years old, the researchers were able to get blood samples and waist circumference measurements from 165 children in the fish oil group and 157 from the placebo group.

Nutritionist Samantha Heller said, "This may be a good way to set baby up for a healthier life. We know omega-3 fatty acids are important in the development of the brain and the eyes in the fetus, and this may help set their taste for healthier foods [fish]."

Heller is a registered dietitian at NYU Langone Medical Center in New York City, and was not involved with the study.

Both Accacha and Heller said these findings need to be replicated in future studies. Accacha said it will be interesting to see what happens at age 10 and beyond so they can see if the fish oil supplements have any lasting effects.

The study authors agreed. "These findings may have relevance if maintained into adolescence and subsequently into adulthood," See and colleagues wrote.

The study was published June 8 in the journal Pediatrics.

Learn more about omega-3 fatty acids and kids from the Academy of Nutrition and Dietetics.