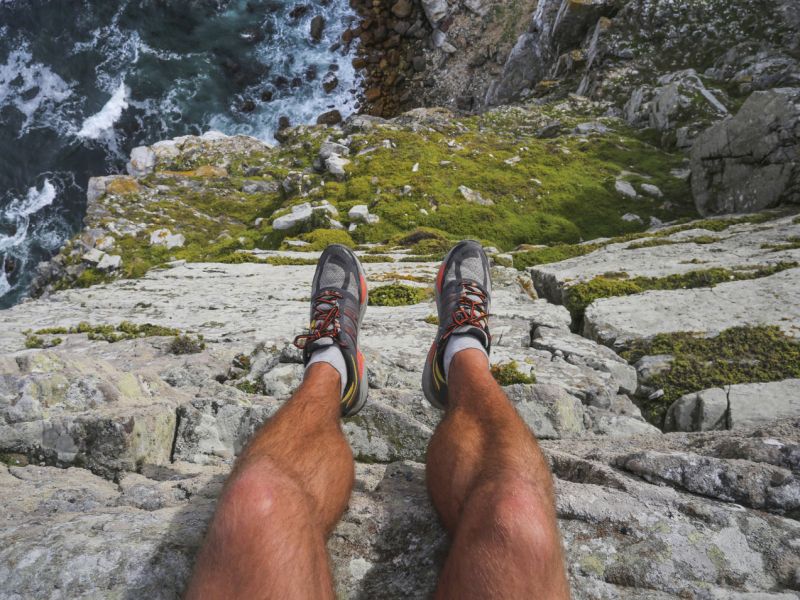 Too terrified to scale a mountain peak or travel to the top floor of a skyscraper? Does even the sight of a tall ladder make you break out in sweat?

The world of virtual reality might offer the perfect prescription for your fear of heights.

In a new British study, researchers used a virtual reality coach to guide patients through exercises that provide safe exposure to high places.

"In virtual reality, people can repeatedly enter simulations of everyday situations that trouble them and be guided in the very best ways to think, feel and behave," explained study author Daniel Freeman. He's a professor of clinical psychology at Oxford University.

"The beauty is that the conscious awareness that these are simulations allows people to try things that they would be wary of in real life, but the learning leads to major benefits in day-to-day life," Freeman said.

The study participants seemed to agree. One said that after four virtual reality sessions "the difference in my mental capacity to deal with heights was amazing."

Another said, "What I'm noticing is that in day-to-day life I'm much less averse to edges, and steps and heights."

A fear of heights -- also known as acrophobia -- is quite common. In Europe, 1 in 5 people report having a fear of heights during their lifetime, and 1 in 20 are clinically diagnosed with the condition, according to Freeman. He said the numbers of people with a fear of heights is similar in the United States.

Dr. Richard Catanzaro, chairman of psychiatry at Northern Westchester Hospital in Mount Kisco, N.Y., said the standard treatment for a fear-based condition is cognitive behavioral therapy (CBT) or CBT-based exposure therapy, which gradually exposes a person to the thing that frightens them.

The problem with these therapies, however, is that they require a significant time commitment. They also require a qualified therapist, and in many areas in the United States there just aren't enough therapists, Catanzaro noted.

Forty-nine were randomly chosen for the virtual reality treatment while 51 received standard care, which for most people meant no treatment at all.

The virtual reality treatment involved a head-mounted display and hand controllers, introducing users to computer situations such as rescuing a cat from a tree, and playing a xylophone near the edge of a floor. The participants went through as many as six 30-minute sessions over two weeks. (Some people responded more quickly than others.)

Forty-seven of those in the virtual reality group completed at least one session. Only two people didn't complete the full intervention because they found it too difficult.

On a fear of heights test -- the scale runs from 16 to 80, with a higher score indicating worse fear -- people who participated in the virtual reality treatment lowered their scores by an average of around 24 points over the control group at the end of the study, and then again at the follow-up four weeks later.

The findings were published online July 11 in The Lancet Psychiatry journal.

Even without a real-life therapist guiding you, Catanzaro said this therapy "sounds pretty safe" for treating a fear of heights.

"One of the shortcomings of the study is that they didn't follow through to see how people would do in real-world situations, but I think the results would probably hold," he said. "Virtual reality provides pretty realistic visuals and sensations. But, you'd need further study to know for sure."

Mark Hayward, from the University of Sussex in England, wrote an accompanying editorial. He said the treatment appeared to be well-tolerated in this particular population.

"There is huge potential for a fully automated virtual reality system to improve access to evidence-based psychological treatments for people struggling with a variety of mental health problems that relate to everyday feared situations," he said.

Catanzaro echoed that caveat, explaining that for something like PTSD, such therapy could be a problem if there wasn't a therapist present to help someone who has a negative or troubling response.

Learn more about the potential for virtual reality in the treatment of mental health conditions from the American Psychiatry Association.