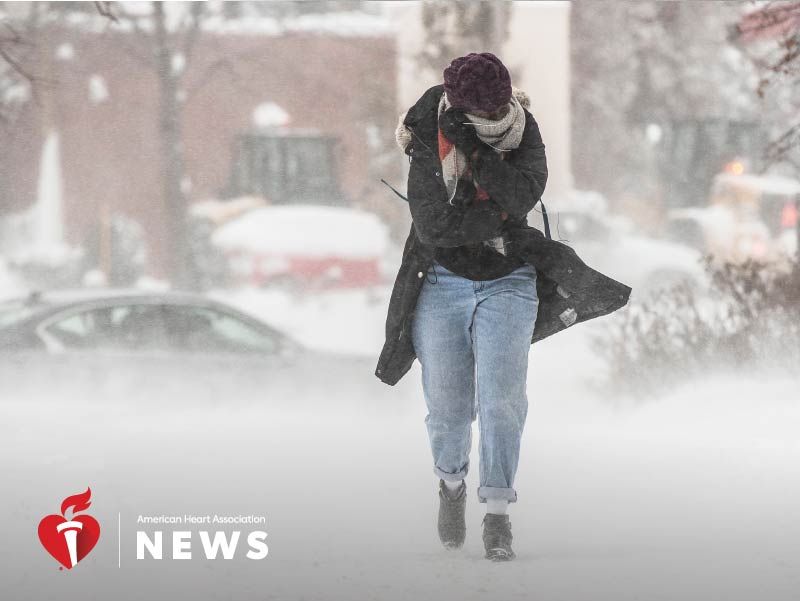 Rainy days may bring a lot more than relief from summer heat -- they also are connected to better survival chances and overall outlook for stroke survivors, according to a new study.

Researchers examining the connection between strokes and seasonal weather in the United States found that hospital admissions for ischemic strokes, those caused by blood clots, went up during winter. The season also was associated with a higher chance of patients dying during their hospital stay.

But after adjusting for various factors, including regional climate and patient demographics and medical history, the wintertime increase didn't prove to be as significant, researchers reported in the Yale University-led study published Friday in the Journal of the American Heart Association.

"What that told us was that there's something about winter, rather than simply the season itself, that was mediating this relationship. And the strong variables there turned out to be temperature and precipitation," said Dr. Stacy Chu, the study's lead author and a clinical fellow in the neurocritical care and emergency neurology division of the Yale School of Medicine in Connecticut.

The study examined data on 457,638 people who had a stroke. Researchers also gathered daily climate records for the nation's nine regions to get the temperature and precipitation level, not including snowfall, on the day of hospital admission, as well as averages over the seven days before hospitalization.

The warmer and wetter weather found in spring and summer was associated with a better chance of survival and overall better outcome after a stroke, the study showed.

The research, which was funded by the American Heart Association, did not address why more strokes happen in the winter or reasons behind the association between weather and how well people recover. But the investigators noted that previous research has shown that blood pressure and other cardiovascular risks go up during the winter.

"Think of blood vessels going to the brain almost like plumbing, and the pipes are getting smaller, with less blood getting to the brain. So, it might in some way precipitate an event like a stroke or heart attack," said Brockington, who was not part of the new study.

People may also easily become dehydrated during the winter because they don't think about drinking water and other fluids as often as they do in warmer months, she said. Dehydration can lead to thicker blood, which can be more prone to clotting.

Strokes are generally viewed as preventable, Brockington said. While some risk factors for stroke can't be changed, such as age and family history, most others can be treated or controlled any time of the year.

"If you have high blood pressure, many times that means diet changes, exercise and sometimes medication. If you have diabetes, the same thing. If you smoke, you can learn ways to stop," Brockington said.

The study may offer another modifiable risk factor for stroke, she added.

"The message is, partner with your doctor and go through your own individual risk factors and modify them appropriately," she said. "That's extremely important whether it's winter, spring, summer or fall."