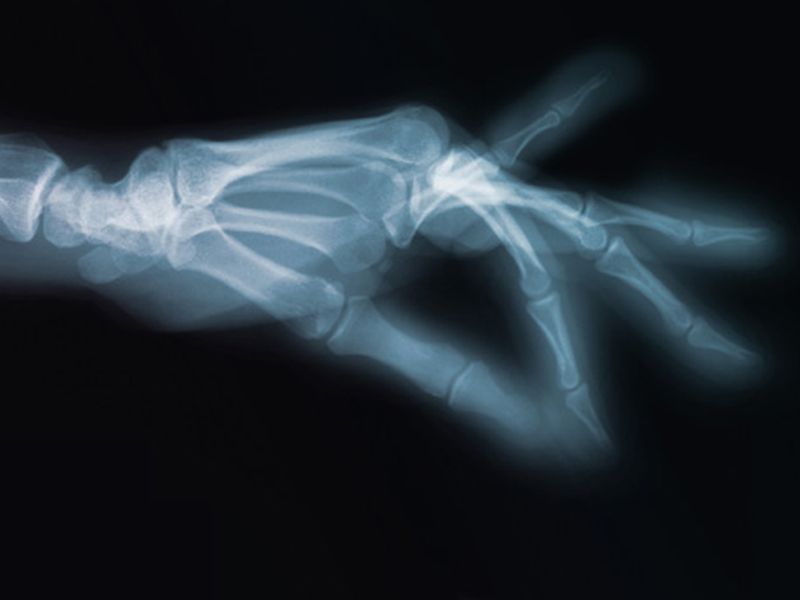 Scientists say children's skeletons are maturing sooner than they did early in the 20th century, and this could affect the timing of certain orthopedic treatments.

"Our findings show there is a 'new normal' for timing when kids' skeletons will reach full maturity," team leader Dana Duren said in a school news release. Duren heads orthopedic research at the university's Thompson Laboratory for Regenerative Orthopaedics.

Earlier skeletal maturity affects the timing of treatment for certain orthopedic conditions in children, such as leg-length differences and scoliosis. It may also affect use of growth hormone, the study authors said.

"The timing for the treatments of these conditions is a critical component to a good outcome," said study co-author Mel Boeyer, a predoctoral orthopedic research fellow. "What this research shows us is physicians will need to start looking for the beginning of epiphyseal fusion sooner than they once thought."

The researchers studied radiographs of the bones in the hands and wrists of more than 1,000 children born between 1915 and 2006. The radiographs were gathered in the Fels Longitudinal Study, a century-long study of human growth and development.

The investigators keyed in on a developmental process called epiphyseal fusion, which signals the end of the growth of the bone, Duren said.

The researchers found that the skeletons of children born in the 1990s reached maturity faster and sooner than those of kids born in the 1930s.

The study did not look at possible causes of earlier skeletal maturity, but increased exposure to chemical compounds that resemble hormones could be a factor, the researchers said.

The findings were published recently in the journal Clinical Orthopaedics and Related Research.

The U.S. National Institutes of Health has more on children's bones.