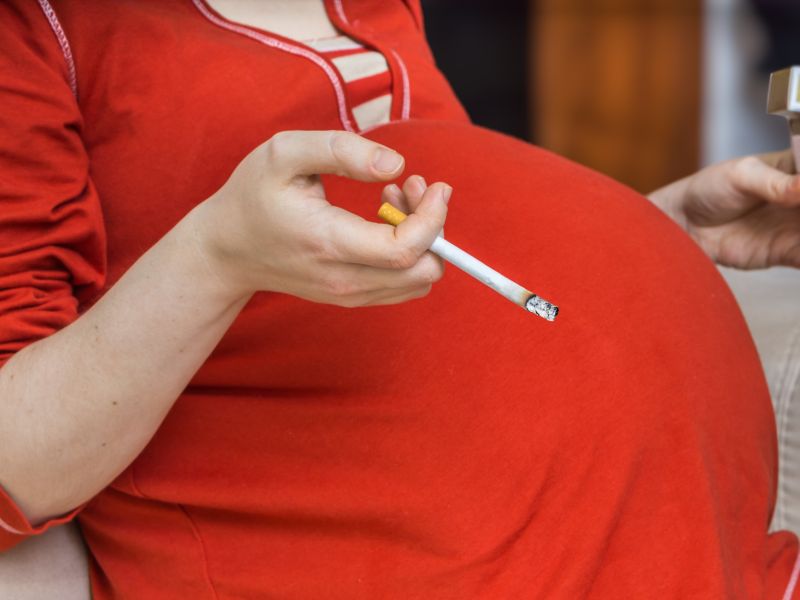 Mothers who smoke during pregnancy put their infants at increased risk of fractures in their first year of life, researchers warn.

The study looked at more than 1.6 million people who were born in Sweden between 1983 and 2000, and followed for an average of 21 years.

And the more a woman smoked while pregnant, the greater her child's fracture risk, the findings showed. Those whose mothers smoked one to nine cigarettes a day had a 20% higher risk, while 10 cigarettes or more per day brought a 41% higher risk.

While smoking during pregnancy increased fracture risk during an infant's first year, it was not associated with a higher risk later in life.

This suggests that smoking during pregnancy has only a short-term impact on bone health, according to the authors of the study published Jan. 29 in the BMJ.

Epidemiologists Judith Brand and Scott Montgomery, of the School of Medical Sciences at Orebro University in Sweden, led the study.

They pointed out that their observational study doesn't prove cause and effect. In addition, they noted that the findings also have some limitations, including the possibility that some women would not admit to smoking during pregnancy or might under-report the number of cigarettes they smoked.

Even so, the study included a large number of people and examined the risk of fractures during different developmental stages, Brand and Montgomery noted in a journal news release.

"The results of this study indicate that maternal smoking during pregnancy is associated with an increased risk of fractures before 1 year of age. Prenatal exposure to cigarette smoke, however, does not seem to have a longer lasting biological influence on risk of fracture later in childhood and up to early adulthood," the authors concluded.

The March of Dimes has more on smoking during pregnancy.