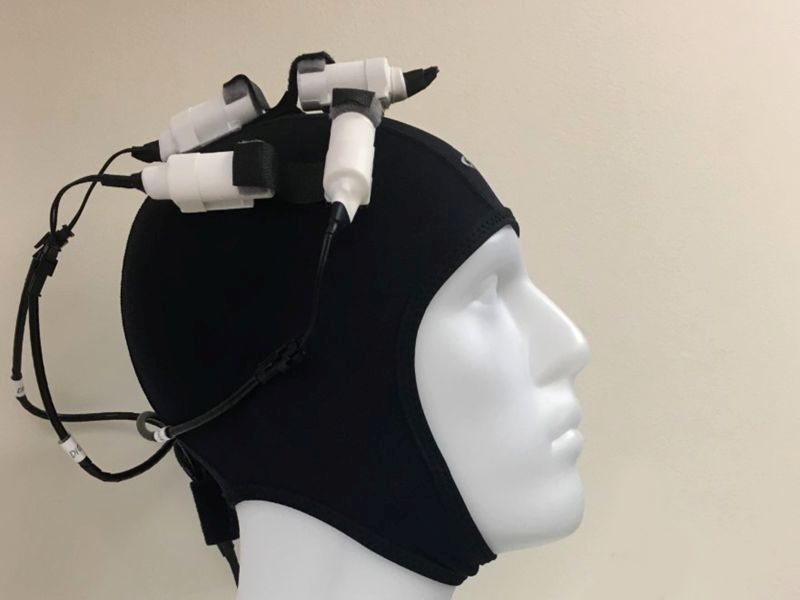 A noninvasive magnetic brain stimulation device worn less than an hour a day can increase activity near stroke-injured areas of the brain, a small, preliminary study suggests.

Those improvements in brain activity might then lead to increased motor function in people who have had a stroke, the researchers said.

"We were excited to see a strong hint of improved motor function even in this small study. There is hope for stroke survivors with chronic motor impairment," said study senior author Dr. David Chiu, director of Houston Methodist Hospital's Eddy Scurlock Stroke Center.

The study volunteers all had some brain damage, and as result, had weakness on one side of their body.

Chiu said researchers chose people who were at least three months post-stroke because spontaneous improvements generally don't happen after that. That means any improvements seen could be attributed to the device.

The device, which is controlled with a smartphone, looks like a swim cap with multiple magnetic microstimulators attached. Study volunteers wore it for 40 minutes per session, and completed 20 sessions over four weeks.

Past studies have shown that magnetic stimulation of the brain may promote recovery of motor function after stroke, the researchers said. What's new here is that the therapy can be done at home. Magnetic stimulation activates nerve cells in the brain and may induce changes in them, Chiu explained.

Half of the patients were treated with brain stimulation. The other half had a placebo treatment.

The study team measured brain activity with functional MRI before, immediately after, and one month after treatment with the device.

The active treatment yielded significantly greater increases in brain activity -- nearly nine times higher than the placebo treatment. Researchers also saw some improvements in things such as grip strength and walking speed. These changes continued over the three-month follow-up.

But the study wasn't large enough to prove that transcranial stimulation therapy improved motor function, according to Chiu. The findings will need to be confirmed in a larger study, he said.

No device-related complications were reported.

"Magnetic stimulation has been shown to enhance neuroplasticity [the ability of nerve cells to adapt], but has been very cumbersome to deliver to the patient," he said. "This device has found a way to do it as a wearable, and may allow improved recovery after stroke in a subset of patients."

Azhar said if this treatment were approved for stroke patients, it could likely be used earlier than three months after a stroke. But, he said, patients would need to see an improvement in their function, such as better walking ability, for it to be useful.

Dr. Mitchell Elkind, president-elect of the American Heart Association, also reviewed the findings, and said a device patients could use at home would be beneficial.

"They don't necessarily have to come in to the clinic or to the academic medical center to have this sort of treatment applied to them," Elkind said, adding that transcranial magnetic stimulation is an "exciting potential approach" for helping people in stroke recovery.

The findings were scheduled to be presented today at the American Stroke Association's International Stroke Conference, in Los Angeles. Findings presented at meetings are typically viewed as preliminary until they've been published in a peer-reviewed journal.

The study was funded by Houston Methodist Research Institute Translational Research Initiative and Seraya Medical, LLC, the company developing the device. Seraya is planning a larger trial of the device.

Learn more about how stroke effects the brain from the American Stroke Association.