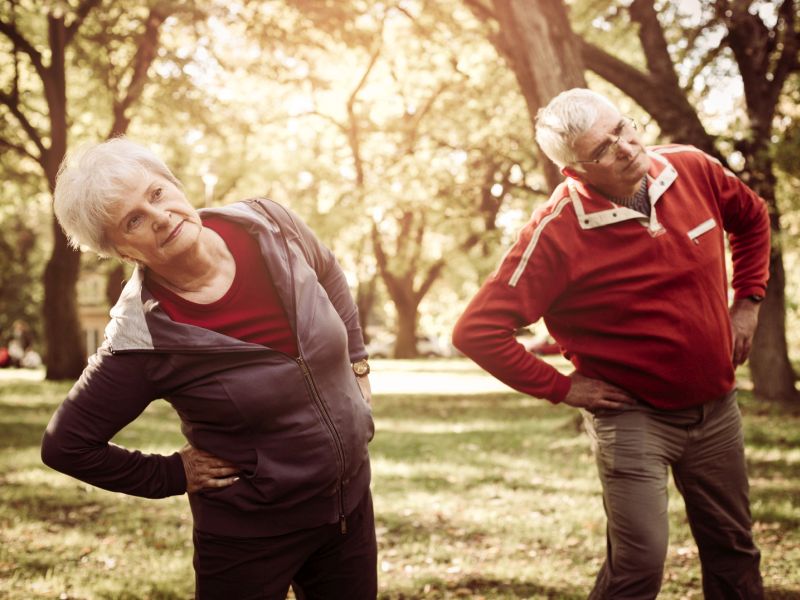 Knowing how much older adults exercise can predict their odds of developing heart disease or dying early, a new study suggests.

"With people now living longer, there is a growing need to determine how we can best detect latent heart disease and its associated clinical risk in older adults," said study author Dr. Alan Rozanski, a professor of cardiology at Icahn School of Medicine at Mount Sinai in New York City.

"Our study showed that simply asking patients to rate their level of physical activity, while using a test to look at the plaque in their coronary arteries, markedly improved our ability to predict patients' risk for dying over their next decade of life," he said in a Mount Sinai news release.

For the study, Rozanski's team assessed more than 2,300 patients, ages 65 to 84, who had scans to see if their coronary arteries had blockages. Patients also were asked how much they exercised.

Over 10 years of follow-up, researchers found a link between the condition of patients' arteries, how much they exercised, and their risk of death.

People who had little or no coronary artery disease had the lowest death rates, no matter how much they exercised, researchers noted.

"Most notably, this valuable assessment of physical activity was easily obtained by asking patients just a single question about their physical activity," Rozanski said. "This emphasizes the well-touted importance of being active. Based on our data, there is no reason why this type of assessment should not become routine in clinical practice."

The findings were published June 5 in the journal Mayo Clinic Proceedings: Innovations, Quality and Outcomes.